A statement from journalists who are alumni of JNU opposing the sedition charges slapped on JNUSU president Kanhaiya Kumar... 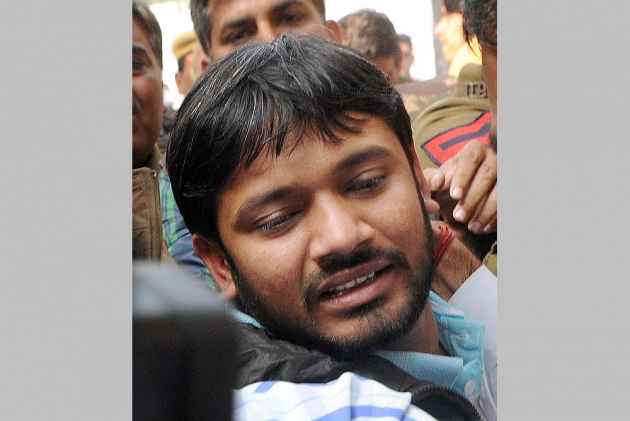 Journalists who are alumni of the Jawaharlal Nehru University have released a statement condemning the attacks against JNU students and on journalists at the Patiala House Courts premises. Opposing the sedition charges slapped on JNUSU president Kanhaiya Kumar, they have asked Prime Minister Narendra Modi to “ensure that his government does not attack the fundamental rights of citizens to freedom of speech and expression”.

Full text of the statement and the list of signatories:

As journalists who have studied in and obtained their degrees from Jawaharlal Nehru University we want to stand in solidarity with the University, its students, faculty and its very ethos, which has come under unprecedented attack in the past few days.

We oppose the arrest of the JNU Students’ Union President, Kanhaiya Kumar, on the absurd charges of sedition. Firstly, every university should protect dissenting views, however unpalatable they may be to mainstream opinion; secondly, the use of a draconian colonial era law without any evidence is an attack on the fundamental rights of the citizens of a free republic.

We oppose the manner in which the police entered the campus, searched hostels for “anti-national” students and created an atmosphere of fear in the campus. Since then the statements of senior ministers in the union cabinet attacking JNU as a den of antinational elements, the atrocious linking of Hafiz Saeed of the Lashkar-e-Toiba offshoot Jamaat-ud-Dawa and the Jaesh-e-Mohammad with JNU students without any evidence, the statements of the Delhi Police Commissioner, Bhim Singh Bassi about anti-national elements in JNU, have all indicated that the government in power is using the incidents as a ruse to attack an institution of higher education which is respected all over the world for its academic output and has helped groom some of the most outstanding citizens of India and elsewhere.

We condemn the attack on journalists, JNU students and faculty and political activists by lawyers and the Bharatiya Janata Party MLA of Delhi O.P. Sharma at the Patiala House Court premises. That they could do so despite the presence of scores of policemen shows the complicity of the state and the government in these attacks.

We see the present attack on JNU as part of a pattern of attacks on dissent and freethinking within India’s institutes of higher education, most recently the University of Hyderabad and the Film Technology Institute of India, Pune. This is entirely unfortunate and will lead to a weakening of the higher education, especially social sciences and humanities in India.

We call on the Prime Minister of India, Narendra Modi, to step in and see to it that his cabinet ministers of human resource development and home affairs stop this attack on JNU and other institutes of higher education. He should also ensure that his government does not attack the fundamental rights of citizens to freedom of speech and expression.

We demand the release of Kanhaiya Kumar and the withdrawal of sedition charges.

We demand criminal proceedings against those who attacked journalists and others in Patiala House court premises and we demand protection of university campuses from motivated political attacks by the government.