The founder of the festival, producer-director Sultana Siddiqui said the purpose of the festival was to encourage Pakistan's co-productions with other countries. 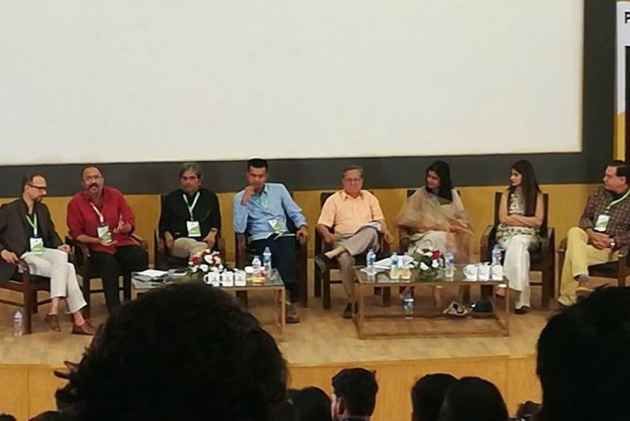 Relations between Pakistan and India might be at their lowest ebb in years but the presence of celebrated Indian actors, producers, and directors at the Pakistan International Film Festival being held in Karachi has lifted the bar for the event.

Yarlagadda, the producer of the super-hit film “Baahubali 2”, talked about different genres in Indian filmmaking.

“There is commercial and niche cinema in India for different age groups. But Baahubali was a film enjoyed by everyone as it is a mainstream film,” he said.

Rajamouli, who directed the blockbuster film, said he felt that if a film's story is powerful, it would be a hit with audiences, whether it is commercial or art.

He said the intensity with which a director wants the story to be told and way it is eventually made also matters a lot.

Nandita Das said that space for art or independent cinema is shrinking in India.

“Every kind of work should be done. The space for commercial cinema will always be there but there should also be independent cinema. A film doesn't always need songs and dance or to have a happy ending,” she asserted.

Vinay Pathak popular in Pakistan because of his many roles later told the media he had come to Karachi for the first time and had thoroughly enjoyed the hospitality and stay.

The festival which ends on Sunday has screenings of films, documentaries and shorts from Pakistan and all over the world.

The founder of the festival, producer-director Sultana Siddiqui said the purpose of the festival was to allow Pakistani filmmakers to portray their country as a vibrant and exciting country which could encourage co-productions with other countries.

She said the presence of Indian cinema personalities had been taken very positively by everyone and it was good to see the guests from across the border enjoying the hospitality in Karachi.