The Delhi Sikh Gurdwara Management Committee on Monday wrote to Union External Affairs Minister S Jaishankar, demanding him to take up with the Pakistan government the issue of a business promotion agency using the premises of Gurdwara Kartarpur Sahib for promotion of women apparel. 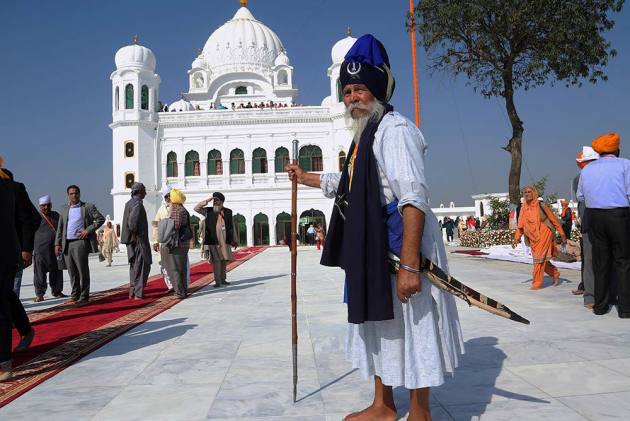 In pictures shared on social media, a model can be seen posing for an advertisement for a women's clothing brand at the gurdwara in Punjab province of Pakistan.

The founder of Sikhism, Guru Nanak Dev, is believed to have spent his last days in the gurudwara from 1521 to 1539.

“We urge the Government of India to immediately take up this serious issue with the Pakistan government considering the sentiments of the community,” DSGMC president Manjinder Singh Sirsa wrote in the letter.

“A Pakistani business promotion agency used the premises of historical Gurdwara Sri Kartarpur Sahib, Pakistan, for promotion of ladies clothes. This act of agency/model has deeply hurt the religious sentiments of Sikh community worldwide. It is unfortunate that the local administration allowed an agency to use the religious place of worship for such promotions (sic),” the letter read.

Sirsa said many complaints have been received from the Sikh Sangat regarding people using the gurdwara premises as a “picnic spot or to shoot TikTok videos wearing indecent clothes which hurts our sentiments”.

“This behaviour is totally unacceptable ... We demand strict action against those who disrespect the sanctity of gurdwara sahibs; just like the Pakistan government acted against actress Saba Qamar for shooting a dance video in a historical mosque,” the letter added.