Manish Tewari in his latest book "10 Flashpoints: 20 years" that is set to be released on December 2 criticized the UPA government for its response to the 26/11 Mumbai terror strikes, saying "restraint is not a sign of strength" and that India should have taken concrete action following the attack. 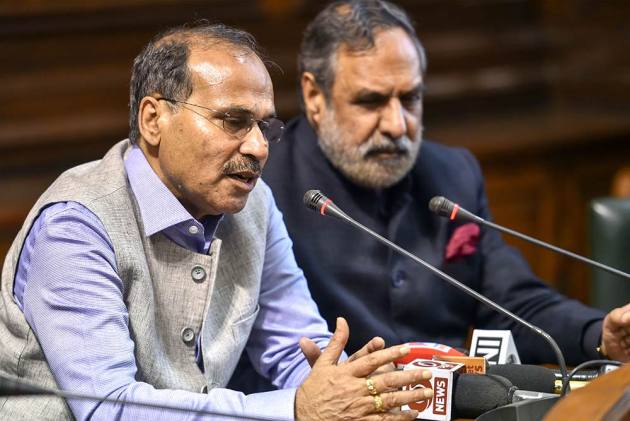 Manish Tewari's criticism of the UPA dispensation for its response to the 26/11 Mumbai terror strikes, didn't sit well with Congress leader Adhir Ranjan Chowdhury, as he scoffed at his part colleague saying the ex-Union minister didn't raise it when he was part of the government.

The leader of the Congress party in Lok Sabha said instead of the 26/11 attacks, Tewari should focus on China and its recent activities along India's border. "Sometimes, a book with controversies sells more. Today, when a controversy is raised, the book will be sold more and the BJP will become the salesman," Chowdhury said.

"Tewari is a man of letters and he could have written a book on the contribution of the Congress party to the nation. But raising it (26/11 terror attacks) now is strange. He did not raise the issue even after being a part and parcel of the UPA government. He should have raised the issue when he was a minister in the UPA government. It is strange that Manish Tewari has woken up now on 26/11 attacks. He should, instead, focus his criticism on China and what it is doing in the Indian territory," Chowdhury told PTI.

China is capturing thousands of kilometres in Ladakh and is setting up villages within Indian territory in Arunachal Pradesh. "Our leaders should see what China is doing and criticise it," the president of the Congress' West Bengal unit said. Former Prime Minister Manmohan Singh and Pranab Mukherjee are still recognised in the pantheon of great leaders and as men of great consequence. "They had more experience of handling global situations," he said.

He also said that Tewari has not mentioned in his book what the reaction should have been at that time.

Tewari is a member of the 'Group of 23' leaders who had written to Sonia Gandhi seeking organisational overhaul and elections for every post in the Congress party. In his book, the former Union minister said, "For a state that has no compunctions in brutally slaughtering hundreds of innocent people, restraint is not a sign of strength; it is perceived as a symbol of weakness," he said in his book. "There comes a time when actions must speak louder than words. 26/11 was one such time when it just should have been done. It, therefore, is my considered opinion that India should have actioned a kinetic response in the days following India's 9/11."

His reference was to targeted strikes against Pakistan and dismantle terror infrastructure after the Mumbai attacks, sources close to him said. The nation would observe the 13th anniversary of the 26/11 Mumbai terror attacks later this week.

The Congress, however, did not respond officially to the remarks made in Tewari's book. Party's national spokesperson Pawan Khera said the book is not yet out and one cannot comment without reading it.