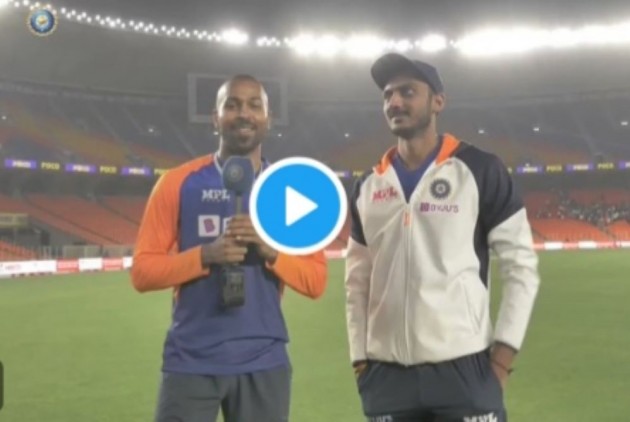 India skipper Virat Kohli interrupted the Axar Patel’s interview with a light-hearted banter at the end of the 3rd Test match on Thursday. Kohli, excited and delighted after a dominating win, chipped in with Gujarati praising Patel’s bowling. Highlights | Scorecard | Gallery | News

Patel was in the middle of an informal interview with Hardik Pandya for the BCCI website when Kohli made an brief appearance and appreciated Patel's performance in Gujarati.

With his record 11 wickets in the day-night third Test against England, the left-arm spinner finally found his big moment in international cricket, seven years after he made his India debut in an ODI against Bangladesh.

In this series too, Patel made it because Ravindra Jadeja was out injured. He hadn't been in the national team since 2018 and made his Test debut in the second game against England last week in Chennai.

"I have been out of the team for three years and at that time, I used to think about the areas of my game which need to be worked upon. So, I was working on my bowling and batting," he told Hardik Pandya.