After three and a half months of Taliban takeover in Afghanistan, many Taliban foot soldiers now have new jobs of manning checkpoints on the streets and carrying out security patrols in and around Afghan cities and towns. 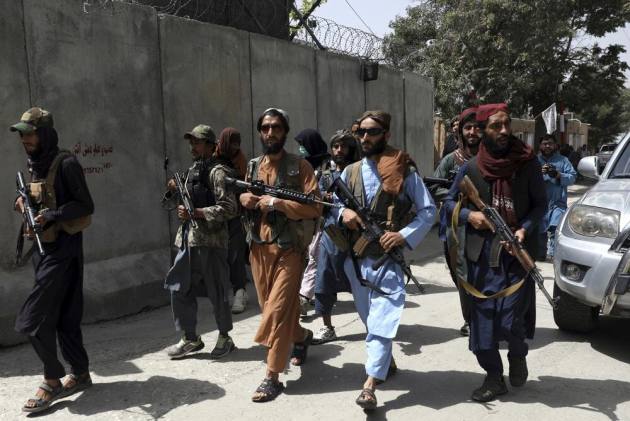 Since the Taliban took over Afghanistan more than three and a half months ago amid a chaotic withdrawal of U.S. and NATO troops, their fighters have changed roles, from insurgents fighting in the mountains and fields to an armed force running the country.

Many Taliban foot soldiers now have new jobs: manning checkpoints on the streets and carrying out security patrols in and around Afghan cities and towns. Last month, several Taliban fighters posed for portrait photographs for The Associated Press on nighttime patrols and at checkpoints in the western city of Herat.

One of them, 21-year-old Ahmad Wali, was on patrol in the village of Kamar Kalagh, north of Herat. A student in an Islamic religious school known as a madrassa, he said he joined the Taliban because he believed in the teachings of the Quran and was against the American presence in his country and against the previous Afghan government, which was widely criticized for corruption.

Now, he said, he is very busy with his new responsibilities providing security in the area he was assigned to. He hopes both he and his country will have a bright future, and said he was “99% sure” better days will come for all people in Afghanistan.

After the Taliban takeover in mid-August, Afghanistan's already dilapidated and aid-dependent economy careened into full-blown crisis. The international community has withheld hundreds of millions of dollars in financing that the country of 38 million people relied on. Billions of dollars in Afghan assets abroad have been frozen.

Afghanistan's banking system has been largely cut off from the world, and the new Taliban rulers have been largely unable to pay salaries, while jobs across the economy have disappeared.

Women have been mostly barred from the job market, except in certain professions, and from a high school education, while tens of thousands of people, including highly educated professionals, have fled or are trying to flee Afghanistan, leading to a massive brain drain.