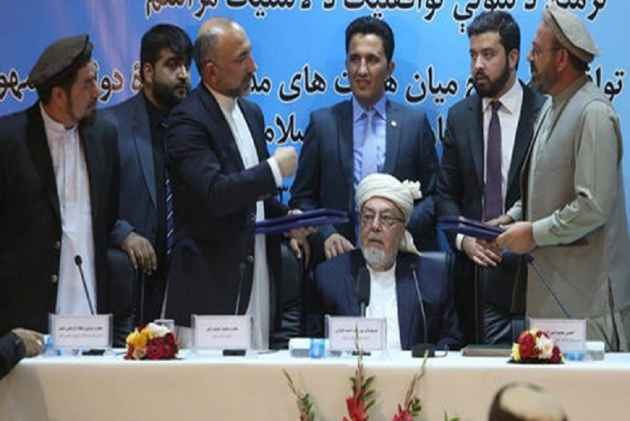 A deputy provincial governor of Afghanistan's eastern Kunar province has been abducted by unidentified gunmen in Pakistan's Khyber-Pakhtunkhwa province, according to officials.

No group has claimed responsibility for the kidnapping of Ahmadi who was here for treatment of a medical ailment.

Citing a police official, the Dawn said Ahmadi's brother Habibullah had approached the police and told them that Ahmadi had come to Peshawar for treatment of his kidney ailment.

The official said the deputy governor did not possess a passport or other documents to validate his arrival in Peshawar, the paper reported.

He had visited different parts of Peshawar before some unidentified people took him away in a car from the Dabgari area to some undisclosed location, it added.

"We are investigating the case to get any clue through CCTVs at the Torkham border and other sources regarding the whereabouts of the deputy governor, who had not followed the legal procedure for coming to Peshawar," the official said.

An official from the Foreign Office confirmed that Afghan diplomats have sought help to locate the missing deputy governor.

Hizb-i-Islami is internally facing a rift after Hekmatyar signed a peace deal with the Afghan government last year.

Several top leaders of the group have since gone missing or have been killed in Afghanistan and Pakistan.

The slain group members included Hekmatyar's secretary who was also his son's father-in-law. He was killed by unknown men in Peshawar.

Kunar is home to Islamic State and Tehreek-e-Taliban Pakistan hideouts and a security operation against ISIS militants is under way in the province.

Peshawar serves as the main hub of medical treatment for Afghans living in the provinces along the Pakistani border.

It is also home to thousands of Afghan refugees who live in the suburban areas.