While it comes as a surprise that when the UK is in the throes of a tedious Brexit process, an election could put the country off track. But, on the other hand, it could be a masterstroke by May, in easing the passing of a controversial Brexit legislation. 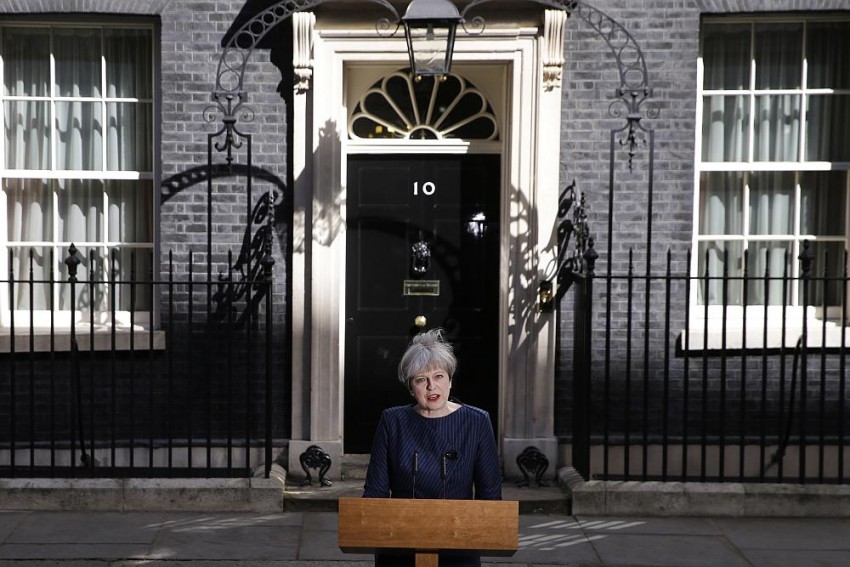 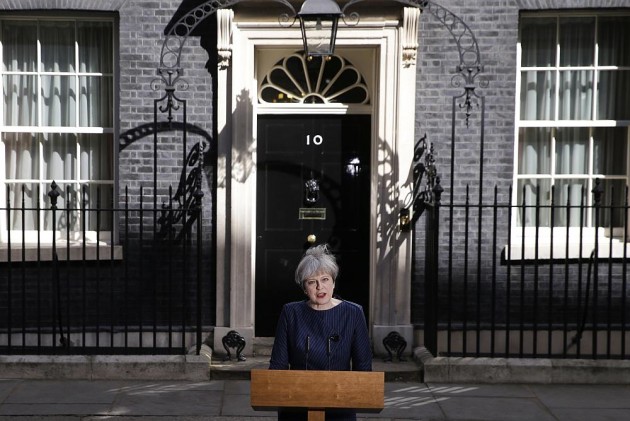 The UK woke up to the totally unexpected news of a general election in June, after the Prime Minister Theresa May, had, only a month ago, reiterated that there would be no mid-term election, as is the rule under the Fixed Term Parliaments Act, which mandates an election every five years. So, now May will call for a Commons vote on Wednesday.

Soon after the announcement May spoke to the European Council President Donald Tusk. Later in a separate tweet, the former Polish premier likened the surprising twist in the Brexit saga to a movie plot by British master of suspense Alfred Hitchcock: "It was Hitchcock, who directed Brexit: first an earthquake and the tension rises."

A YouGov poll published on Sunday put the Tories on 44 per cent, with Labour on 23 per cent. The Lib Dems were on 12 per cent and UKIP on 10 per cent. The Conservatives have a working majority of 16 in the House of Commons. So if the polls have to believed, given that they appear to have been going wrong in the recent past, the world over, the Conservatives would have a majority of significantly more than 100.

While it comes as a surprise that when the UK is in the throes of a tedious Brexit process, an election could put the country off track. But, on the other hand, it could be a masterstroke by May, in easing the passing of a controversial Brexit legislation - on which many Tories have talked about rebelling, and there has been a growing demand for a second referendum. May has also often been accused of not having a mandate, which she can undo with the election.

Although Jeremy Corbyn, the leader of the Labour party, said he welcomed the decision, suggesting his MPs would back the Commons motion, but Labour remains in complete disarray. Many are finding analogies similar to Magaret Thatcher’s Falkland elections when Labour leadership was weak. This seems to have become May’s Brexit election.

May said, during her election announcement, “The country is coming together but Westminster is not”, clearly showing that she expects to win which will give her a strong hand in negotiating with Europe on Brexit.

Although the Lib Dems will hope to turn the election into a second referendum on the type of Brexit being pursued by the government, but Labour’s more nuanced position on leaving the EU will make it difficult for them to follow suit. The UKIP though, believes it’s a cynical decision driven by May’s self interest.

Then there is Scotland. Scottish National Party (SNP) believes that this election will create a clearer divide as Scotland voted overwhelmingly for remaining in the EU, but May had earlier put down Scotland’s first minister Nicola Sturgeon’s demand for a second referendum to leave the UK. This election will clearly be between Tories and SNP. In Northern Ireland too the election is being seen by Sinn Féin as "an opportunity for voters to oppose Brexit and reject Tory cuts and austerity".

Given the current situation within the Labour Party, and a 52 per cent pro-brexit voters it appears certain May will remain unbeatable. But her gamble may be her biggest mistake, because there is Lib Dem, several Tories and 48 per cent simmering remain voters and some even among Brexit voters wanting a soft Brexit, who cannot be underestimated.

Finally, if, in a 20 percent chance, there is a hung parliament on June 8, amidst Brexit negotiations, the markets may go crazy.

How To Lose The Next War In The Middle East