The admission comes at a time when the EC has come under Opposition fire for delaying the announcement of dates for the Gujarat polls, with the BJP rolling out sop after sop for the state. 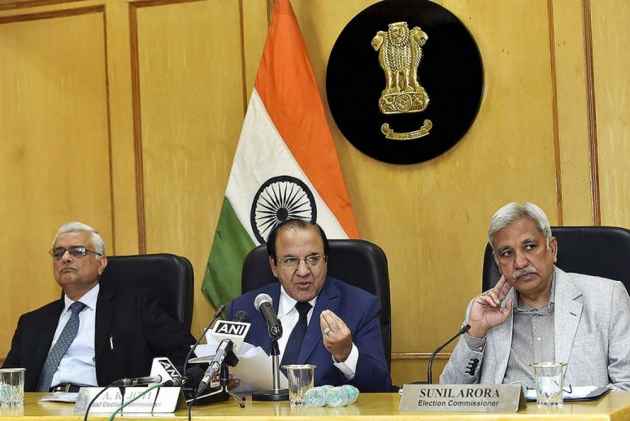 After the Election Commission said that flood relief was the reason for delaying the announcement of dates for the Gujarat polls, the state relief commissioner has said that no letter from his department went to the EC mentioning flood relief work.

The admission comes at a time when the EC has come under Opposition fire for delaying the announcement of dates for the Gujarat polls, with the BJP rolling out sop after sop for the state.

The Election Commission is set to announce the dates for Gujarat assembly elections today.

The EC will announce the dates for the two-phase polls in a press conference at 1 p.m.

The Opposition alleged that the poll body did not announce the date for Gujarat polls along with Himachal Pradesh as it was under pressure from the Bharatiya Janata Party (BJP) to delay it for announcing sops.

Ahead of the Assembly polls, the Gujarat government on Tuesday announced a slew of sops for various sections of the society, including farmers and the agitating accredited health workers.

The Election Commission had, however, rejected the Opposition's charge and asserted that no special preference was given to any political party.

"We have given equal opportunities to all political parties. We have not directed any party to hold or to not hold their rallies in the state. We are not meddling in their campaigns. Yesterday, the Prime Minister went to Gujarat. Today, Rahul Gandhi will go. We are not giving any special preference to any political party," Chief Election Commissioner Achal Kumar Joti had told ANI, in an exclusive interview.