A seven-member Bar Council India panel led by its chairman Manan Kumar Mishra had a 50-minute meeting with the CJI at the end of the day. 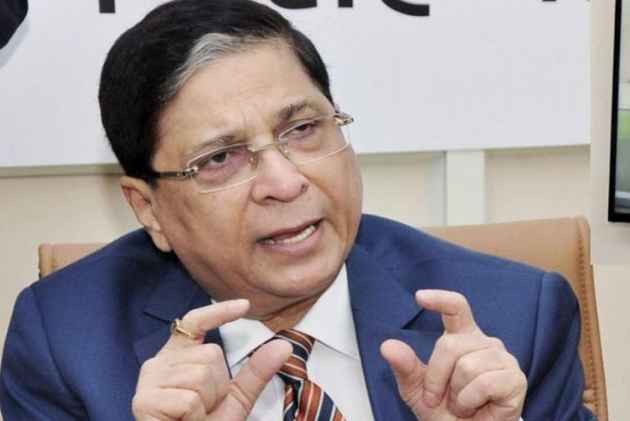 Chief Justice of India Dipak Misra on Sunday separately met high-level delegations of top two lawyers' bodies -- BCI and SCBA -- and assured them that the crisis erupting after the revolt by the four seniormost judges against him would be sorted out soon and congeniality would prevail.

A seven-member Bar Council India (BCI) panel led by its chairman Manan Kumar Mishra had a 50-minute meeting with the CJI at the end of the day after hectic parleys with several apex court judges, with whom they shared the views of the apex body of the Bar regulating the lawyers.

Coming out of the official residence of the CJI at 5, Krishna Menon Marg in New Delhi, the BCI chairman told reporters that the meeting with the head of the judiciary was held in a congenial atmosphere and that Justice Misra assured that everything would be sorted out soon.

"We met CJI in a congenial atmosphere and he said everything will be sorted out soon," Mishra said.

He also said that before meeting the CJI, the panel also discussed the crisis plaguing the higher judiciary with several other judges, including three of the four seniormost judges who had on Friday held an unprecedented press conference.

The BCI chairman said the panel met Justices J Chelameswar, M B Lokur and Kurian Joseph, and they also assured that everything would be sorted out.

He did not mention whether the panel had any talks with Justice Ranjan Gogoi, who was not in the city.

Mishra said they would hold a press conference tomorrow to apprise about the BCI's day-long parleys with the judges of the apex court in the wake of the crisis.

Earlier, Supreme Court Bar Association (SCBA) president Vikas Singh met the CJI and handed over a resolution of the apex court lawyers' body on the crisis.

The senior lawyer told PTI that he handed over a copy of the SCBA resolution to the CJI, who assured him that he would look into it.

"I met the CJI and handed over a copy of the resolution. He said that he would look into it and ensure there was congeniality in the Supreme Court at the earliest," Singh told PTI after his 15-minute meeting with the CJI.

Singh expressed hope that all judges of the apex court would give consideration to its resolution in which the association asked for a full court discussion to defuse the present crisis plaguing the higher judiciary.

Hours before the hectic parleys ended with the meeting between the CJI and the BCI panel, a coordination committee of the Delhi district court bar associations termed as "unfortunate" the presser by four seniormost judges of the Supreme Court and said it would take to the streets if the crisis was not resolved within 10 days.

Several judges of the apex court also met each other over the ongoing crisis during the day.

The four apex court judges -- justices Chelameswar, Gogoi, Lokur and Joseph -- had raised a litany of problems, including the assigning of cases in the apex court, and said there were certain issues afflicting the country's highest court.

The BCI panel also had a brief meeting with Justice Arun Mishra, who has been in the focus for hearing PILs seeking a probe into the death of special CBI judge B H Loya.

Loya, who was dealing with the Sohrabuddin Sheikh fake encounter case, had died of cardiac arrest three years ago.

The four judges had questioned the allocation of Loya's case to Justice Mishra, bypassing senior judges.

The sources said that the full court of the Supreme Court will in all possibility deliberate upon the situation arising out of the controversial presser of its four seniormost judges who virtually revolted against the CJI tomorrow.

Full court mechanism is one in which deliberations by all the judges of the top court takes place in-house and not in the open.

They said the full court deliberation has become necessary as the four judges who went public with their grievances, in all probability, did not have the support of the other apex court judges. The Supreme Court, at present, has 25 judges including the Chief Justice. The sanctioned strength of the apex court is 31, including the CJI.

"It is for sure that they (judges) will have to go for a full court tomorrow. In full court, the CJI has the majority that is why these four judges have not demanded full court deliberation on their grievances," one of the sources said.

They cited a report appearing in the media that one of the judges, who is in the line of ascension to the post of the CJI, has also expressed his reservation about the presser held on Friday last by the four judges.