Joint Action Comittee said in an open letter that Vice Chancellor told them the permission was being withdrawn following "too much pressure from the Ministry of Human Resources Development”. 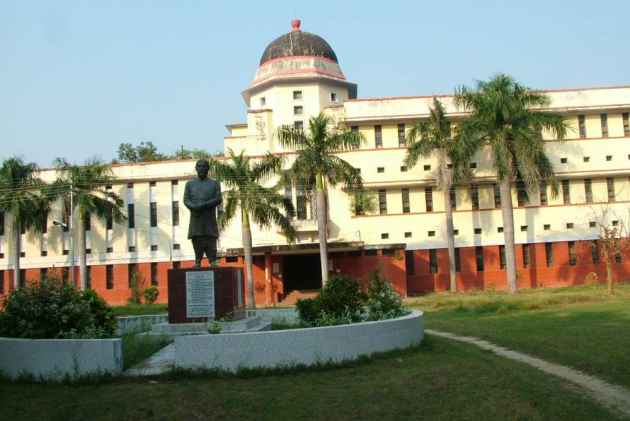 After Jamia Milia Islamia University and the Indian Institute of Technology (IIT) Madras struck down the permission to organise events oninstitute’s campus over 'contentious speakers', now University of Allahabad too has withdrawn permission to hold an event 'Celebrating Constitution'.

The university students' body was scheduled to hold a day-long liberty festival to celebrate the Constitution of India.  Among the invitees at the event were sociologist Professor Satish Deshpande, actor Maya Rao, singer Sonam Kalra, activist for women's rights Abha Bhaiyya and others.

The university Vice Chancellor had given permission for the event where he himself had accepted to be the chief guest on September 13 only to withdraw it at the last moment, said representative of Joint Action Committee, Manish Sharma.

The local Rashtriya Swayansevak Sangh (RSS) and its students' wing Akhil Bharatiya Viudyarthi Parishad (ABVP) allegedly branded thespeakers as 'anti-state' and 'anti-national' on Facebook. According to the students' body, pamphlets with similar agenda were distributed too.The organisers were further accused of trying to turn “Allahabad into another JNU and spreading hatred amongst the students”.

In an open letter penned by Joint Action Comittee representative Manish Sharma, he said after a lot of persuasion the VC said the permission was withdrawn following "too much pressure from the Ministry of Human Resources Development”.

"Arrangements were made and guests and artists were to arrive from different parts of the country to spend a day of discussion, theatre, poetry, and songs celebrating the idea of the Constitution. All of them very carefully selected as they are among the finest in their fields and the festival would have been a rare occasion for the students and teachers of the university to interact with these brilliant minds," added the letter.

The students’ body has however not blamed the VC for the decision instead said they understand that even the university administration is under a lot of pressure from the Ministry.

"We understand how it may have pained you to take back your own permission. How much you would have struggled with yourself to overcome your feeling of helplessness and humiliation before revoking your permission is something only you would know," read the letter.

Recently the IIT-Madras had withdrawn permission for an event citing that speakers, who were to attend the event, are ‘controversial’.

In another similar instance, students of Jamia Milia Islamia University on Thursday alleged that they were denied permission to hold an event that had speakers from "outside."