"After Light Comes Darkness, And..."

I met Khan in a farm house on the outskirts of Bombay. He was bare-chested and cutting his nails with a big knife. 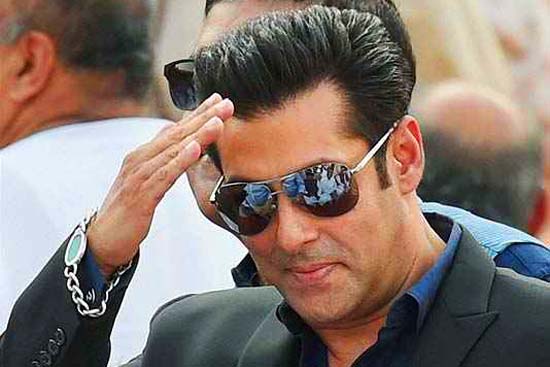 I have met Salman Khan for a formal interview only once — twelve years ago. Before that, once I spoke to him on the phone for a story. I got his mobile number somehow, and kept calling — he wouldn't pick up or he would just hang up when I tried to introduce myself. But I think I called him more times than he had called Vivek Oberoi on the night of March 29, 2003, {Oberoi told me that Khan called him 41 times that night to "abuse in the worst language possible and vividly describe how he had sex with his ex-girlfriends (one of whom was Aishwarya Rai)." And Rai was now the girlfriend of Oberoi, the reason Khan was disturbed — just a bit of Indian history for the young}

People wondered why Oberoi kept taking Khan's calls. The reason was, according to a viral SMS, "His incoming was free."

I have wondered why Khan kept taking my calls (I would call from various landlines), and my theory is that he was waiting for a call from Ms Rai and it was instead just me. Finally, he answered his phone and said, "What do you want brother?" I told him I am a reporter and that I was working on a story about his desire to kill Oberoi.

Khan sounded surprised that for the purpose of getting his quotes I actually wished to speak to him. He said, "Write whatever you want." That's the industry practice he implied. I insisted. And he said, "I am not the best person to talk about myself. You are never the best person to talk about yourself. We all cannot talk about ourselves. One day I will ask you questions about yourself, let me see how many you will answer."

A few months later I met him for a short profile. The only research I did was calling up a director friend and asking, "Does he really hit people?" I met Khan in a farm house on the outskirts of Bombay. He was bare-chested and cutting his nails with a big knife. He looked at me, and at his nails, and at me and tried to look very menacing. I asked why he didn't use a nail-cutter like other people. He began to giggle. "It doesn't work for me," he said.

I was meeting him to talk about his latest film, which was called, 'Tere Naam—Unfortunately A True Love Story'. Khan told me, "Unfortunate means 'sad'. True means 'pure'."

He told me that the film was loved by his "classy and massi fans", which was true.

I told him that according to people, with his performance in 'Tere Naam — Unfortunately A True Love Story', "You have crossed a line as an actor."

"You have crossed a line as an actor."

Satish Kaushik, too, said that.

"He would say that. He made the film. He is the director. He'd say it was the best f****** performance I have ever given."

Khan, like Sanjay Dutt, often turns philosophical. He told me, "After light comes darkness, and..." He lost the thread of the thought somehow, but he eventually found it. "After darkness comes light."

I found him totally endearing.

?Extracted from a Facebook post by Manu Joseph, who is a journalist and the author of the novel, The Illicit Happiness of Other People