After Rajya Sabha Was Told Tribune Reporter Is Named In Aadhaar FIR, She Says She Is Too Confused About Whom To Trust In Govt

The Rajya Sabha was informed today that in an FIR filed by the cyber cell of the Delhi Police, 'the name of journalist of 'Tribune' newspaper finds a mention.' 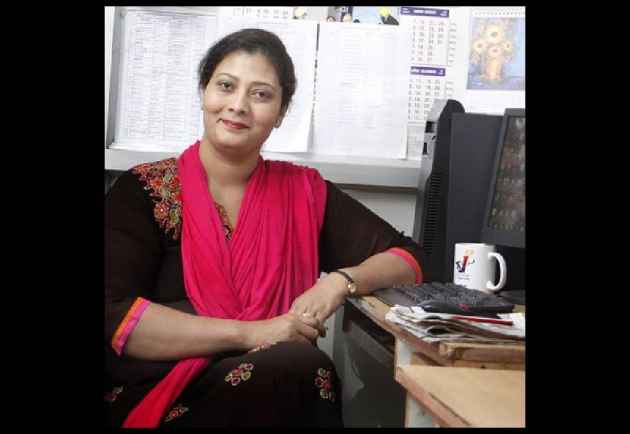 Journalist Rachna Khaira said she is 'too confused' about “whom to trust” over the government's conflicting claims about the UIDAI's FIR against an explosive story she broke early this year in The Tribune.

The Rajya Sabha was informed today that in an FIR filed by the cyber cell of the Delhi Police, 'the name of journalist of 'Tribune' newspaper finds a mention.' The ambiguous statement by the Ministry of Home Affairs also contradicts the government's claim that the FIR has not been registered against Khaira or The Tribune. It is not clear whether Khaira is named as an accused, or is mentioned in description of the events pertaining to the story of the alleged data leak.

'The Delhi Police has reported that on the complaint of Deputy Director (Logistics and Grievance Redressal), UIDAI, an FIR under the Aadhaar Act 2016, u/s, 419, 420, 468, 471, IPC and u/s 66 Information Technology Act has been registered wherein the name of journalist of 'Tribune Newspaper' finds a mention. During the course of investigation, information related to the case has been asked from UIDAI,' the Rajya Sabha was told today.

What is this Mr Prasad? Breach of trust by u? U got a case registered against me. @rsprasad @UIDAI pic.twitter.com/IwHB5iwJKb

Khaira told Outlook that "by putting out ambiguous statements time and again, the government in a way has accepted the ambiguous nature and working of the UIDAI."

She was earlier categorically told by the Law Ministry that the FIR is not against her. "I don't know whom to trust," she said. "The law minister or the minister of state for home."

The FIR, anyway, doesn't seem to have made much headway with the Ministry of Home Affairs informing Parliament that even after more than two months, information is still being sought by the UIDAI.

When asked if she was ever directly approached by the Delhi Police cyber cell in the matter, Khaira responded in the negative.

In a report published early this year, Khaira had reported how demographic data associated with Aadhaar numbers was being sold by anonymous sellers over WhatsApp for just Rs 500. The investigative report titled "Rs 500, 10 minutes, and you have access to billion Aadhaar details"by The Tribune had revealed how its reporter purchased a service by anonymous sellers on WhatsApp and paid Rs 500 via Paytm to an agent of the group running a racket. The agent then created a “gateway” for the reporter and gave a login ID and password, thus giving unrestricted access to details, including name, address, postal code (PIN), photo, phone number and email, of more than 1 billion Aadhaar numbers submitted to the UIDAI, the Aadhaar issuing body.

The Aadhaar issuing body UIDAI had called it 'fake news', and filed a complaint with the Crime Branch’s cyber cell under IPC Sections 419 (punishment for cheating by impersonation), 420 (cheating), 468 (forgery) and 471 (using as genuine a forged document), as well Section 66 of the IT Act and Section 36/37 of the Aadhaar Act.

According to The Indian Express, the FIR noted how the reporter got in touch with the other persons named in the FIR and goes on to state: “The above-mentioned persons have unauthorisedly accessed the Aadhaar ecosystem in connivance of the criminal conspiracy… The act of the aforesaid involved persons is in violation of (the various sections mentioned in the FIR)… Hence, an FIR needs to be filed at the cyber cell for the said violation.”

The Department of Electronics and Information Technology, which is the nodal ministry in charge of the UID Authority of India, had however, clarified the complaint was not against the newspaper and Khaira, and maintained that the FIR is filed against 'unknown' accused.

“UIDAI’s complaint is detailed and self contained,” the IT ministry said in its statement. “The details of known/ suspect/ unknown accused detailed at serial no 7 (S.no.7) of page 1 of the FIR states as ‘unknown’,” it said.

"My report has not only highlighted the ambiguity in the Aadhaar system but has also drawn attention of security researchers like Edward Snowden and Elliot Anderson who have challenged India's preparedness on cyber security," Khaira told Outlook.

Her report on an apparent security lapse in the UIDAI was followed by multiple stories on the same lines, all refuted by the UIDAI as 'fake news'.