In a letter sent to the NCW, the complainant had referred to a sex video purportedly featuring Patel that went viral on social media. 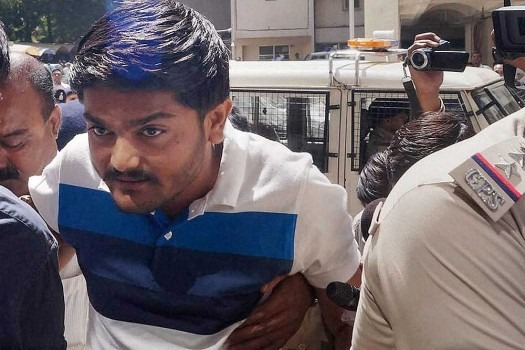 The National Commission for Women (NCW) today said its chairperson Rekha Sharma would meet the woman who was allegedly being sexually exploited by Patidar quota stir leader Hardik Patel.

"A team from the NCW, with chairperson Rekha Sharma, will be heading to Surat tonight to meet a girl who, according to a complaint received by the NCW, is being sexually exploited by Hardik Patel," a statement said.

The rights body said the complainant in the case was not the victim, however, she was willing to speak to the officials of the NCW.

"The complaint contains personal information about a girl who wishes to talk to the commission confidentially as she is scared to come forward. Rekha Sharma will talk to the media once the team has spoken to the girl and investigated the matter thoroughly," the statement said.

In a letter sent to the NCW, the complainant had referred to a sex video purportedly featuring Patel that went viral on social media.

"I feel both the women seen in the CD were promised a post and money, and then physically exploited. Hence, all people seen in the CD should be called for their statements and a complaint should be filed against Hardik Patel for sexual exploitation," the letter said.

It also mentioned the name and phone number of one of the alleged victims whose two audio clips had gone viral.

"...She was also sexually exploited by the PAAS convener," the letter alleged.

In the letter the complainant said "she fears defamation in society (and) hence refrains from coming out openly".

The NCW had earlier said it was also examining a complaint by Delhi-based lawyer Gaurav Gulati over sex videos, purportedly of Patel, that surfaced on social media.

The Patidar Anamat Andolan Samiti leader, who has joined hands with the Congress for the Gujarat elections, has said the videos were morphed and blamed the BJP's "dirty politics" for them.

Gulati had sent a complaint to the NCW on November 22, asking the commission to probe the matter and ask the police to file an FIR against the guilty person.

The commission's spokesperson today said the present complaint to them was different from the one sent to them by the lawyer.