After Shooting Dead His Wife’s Lover, How Did Naval Commander Nanavati Salvage Marriage And Script A New Love Story In Canada?

When Parsi naval commander Kawas Nanavati shot dead his English wife Sylvia’s Sindhi lover Prem Ahuja on 27 April 1959, the trial held the nation in thrall for five years. And what about the aftermath? The Canada years of the couple have remained unexplored – till now. How did they weather the storm, salvage their marriage and script a new love story in Canada? 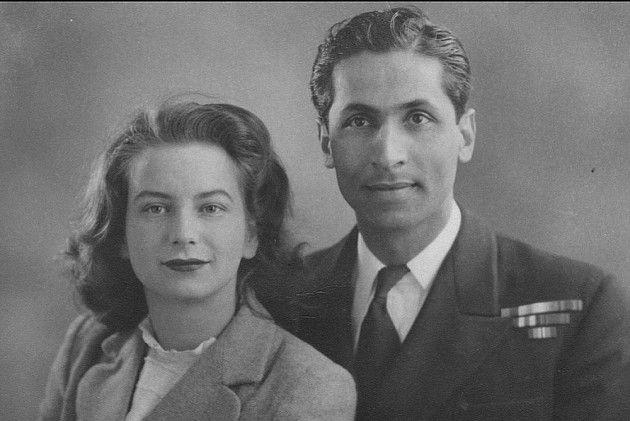 When he was in Arthur Road Jail in 1960, Kawas Nanavati told a visiting friend, ‘I have to send my children away from all this. They’ll never be left in peace.’

When he drove out of the parole bungalow at Lonavala in 1964, a free man, it became ‘We must all get away from all this’, because they were simply not left in peace. So the grounded sailor decided to set out on a last voyage in search of that most precious commodity: normalcy. Within a year or so of the pardon, Kawas, Sylvia and their three traumatized children emigrated to Canada.

One might look askance at a ‘convicted murderer’ managing to emigrate, that too clearing all the formalities at remarkable speed. Canada wasn’t France, where a crime of passion was actually a badge of honour and taken very lightly by the law. But the North American country had an uncommonly liberal immigration policy, one that has continued with Canadian Prime Minister Justin Trudeau, who pointedly welcomed all those whom US President Donald Trump so summarily barred from his country as soon as he became president in 2017. In 1962, Minister of Citizenship and Immigration Ellen Fairclough had abolished the racist ‘White Canada’ immigration policy. 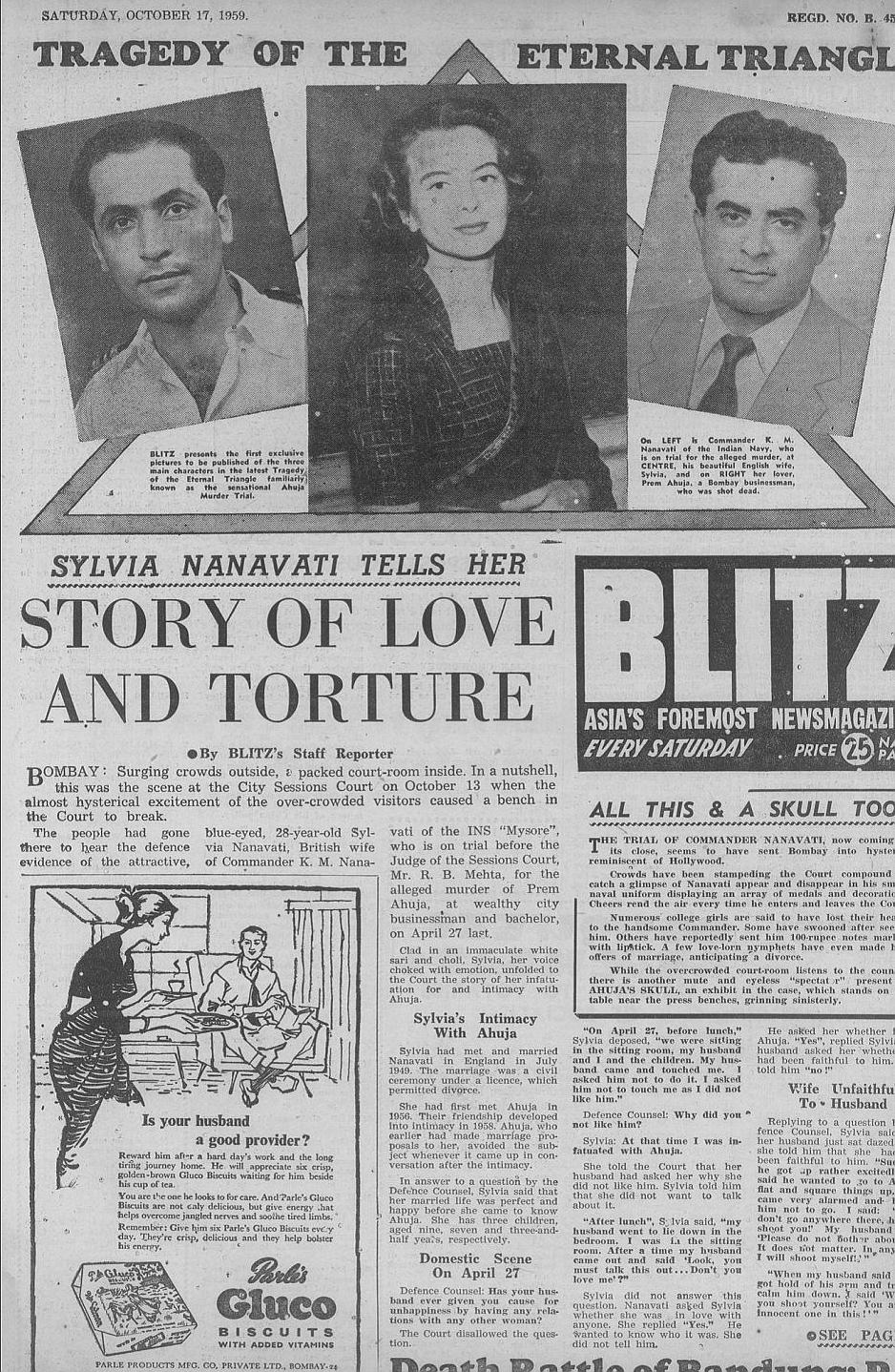 Henceforth ‘any unsponsored immigrants who had the requisite education, skill, or other qualifications were to be considered suitable for admission, irrespective of colour, race, or national origin, provided’ one, they had a specific job waiting for them in Canada or were able to support themselves until they found employment, two, they were not criminals or terrorists, and, three, they did not suffer from a disease that endangered public health.

Proviso No. 2 would have been a problem, the pardon notwithstanding. So, for one last time, Nanavati pulled in the Friends in High Places. (Or, if unverifiable rumours are to be given credence, said friends swiftly put him out of harm’s way, and ensured that he got his papers in exchange for silence on any explosive secrets.)

Nehru had passed away two months after the pardon, on 27 May 1964, broken in body and spirit after China’s perfidy on the border, but backdoor channels would already have been initiated. Krishna Menon had been shunted out of the defence ministry in 1962, on account of the same disastrous Sino-Indian war. However, the man once dubbed by Time magazine as the second-most powerful person in India, who had been ambassador to the United Nations and was

still member of Parliament, would have had enough muscle to push open barred doors and dismantle speed breakers. 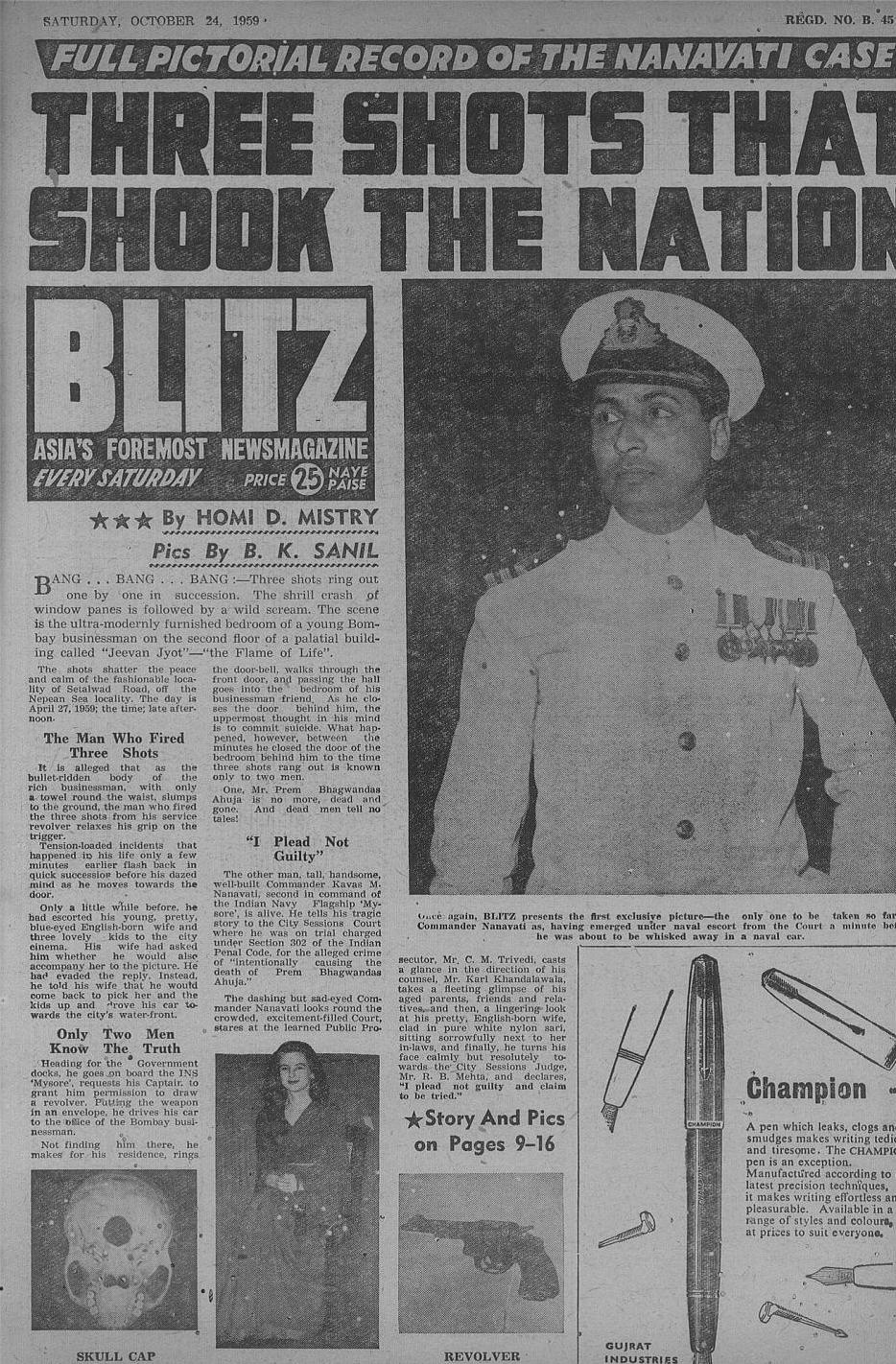 The fraternal links between the navies of India, Britain and Canada would also have enabled smooth sailing into a safe harbour for Nanavati. And don’t forget the far-reaching Parsi network. J.R.D. Tata had helped rehabilitate Nanavati by giving him a job that would have, in its small way, added to his respectability in the eyes of the immigration department.

Canada acceded to the high-powered request on compassionate grounds. He was an ‘emotional refugee’, desperately wanting to flee the unscripted scenario of his past and find mental peace far away from the endless glare – and stare.

Indeed, an India cousin confirms that ‘the authorities took into account what this man with such promise had been through, and knew that he would have been hounded on account of his dubious fame’. So would Sylvia and the still-psychologically vulnerable children. Besides, apart from that detail of 27 April 1959, once-commander Nanavati would be an asset to any country.

Apart from his unique access key, there was also a generic factor. Being Parsi was as relevant a part of Kawas Nanavati’s application submitted to the Department of Immigration, Refugees and Citizenship as it was to the swoon around his trial. 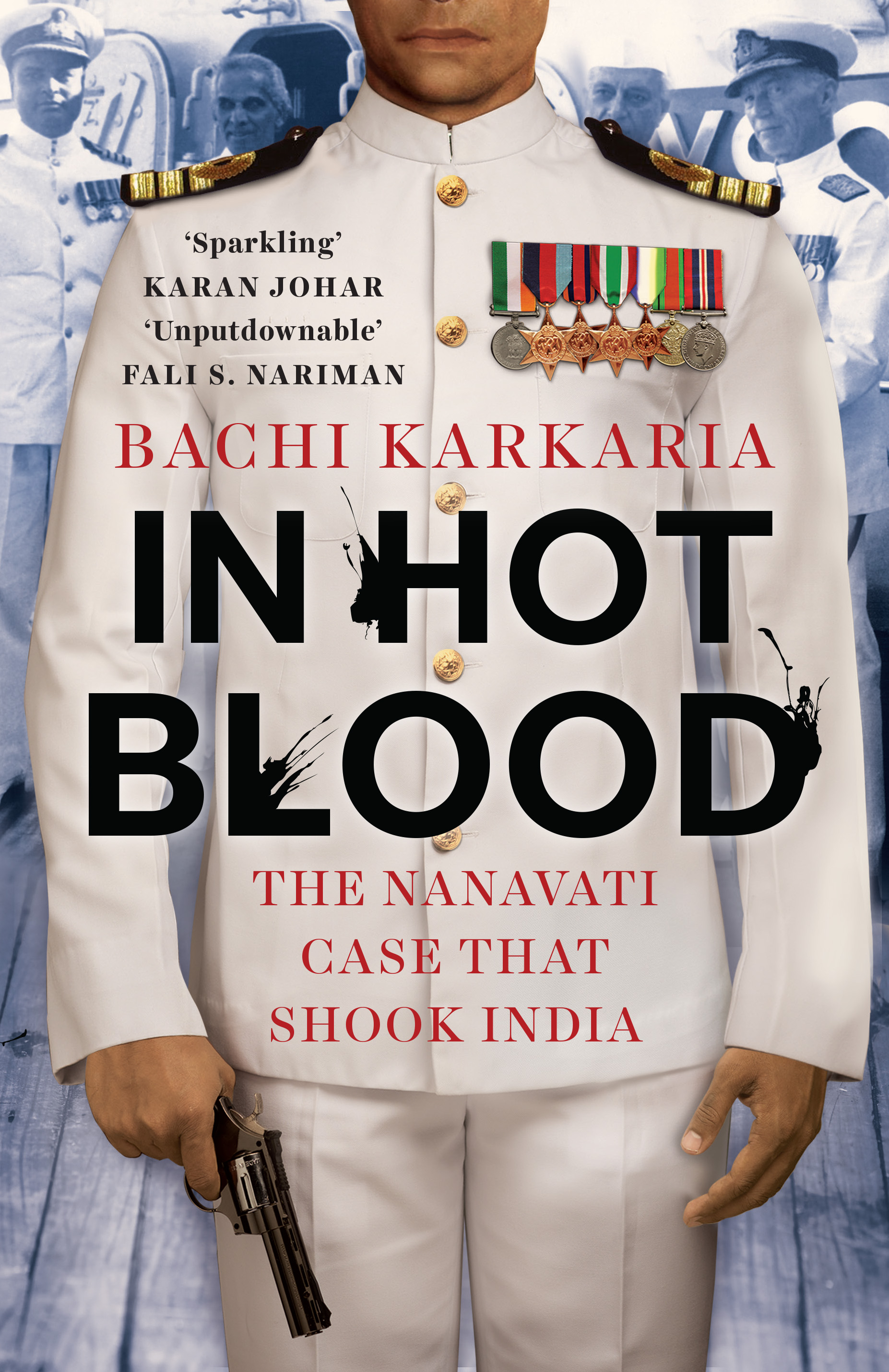 When Canada opened up its doors, the Parsis were a shoo-in. They were educated, English-speaking, white collar, westernized in etiquette as much as ethic. Soon after the end of the British Raj under which they had so spectacularly fl owered, and uncertain over their future in a country where stronger majorities would grab bigger plums, this tiny minority had begun migrating in droves. Mostly to North America. There are several clones of the true story of the young man who had gone to the Canadian deputy high commission in Bombay only to ‘give moral support’ to his friend who was appearing for the interview, had impulsively filled in his own form and got his own papers shortly after.

Courtesy Minister Fairclough’s reforms, in the 1960s, ‘many hundreds of Zoroastrians came to Canada as landed immigrants thanks to the eff orts of Jehangir (Paymaster) Medora’, according to the FEZANA Journal of the Federation of Zoroastrians in North America.

Toronto became a ‘Parsi colony’ to replace the one they had left behind. As with other communities, earlier immigrants set up support systems to help the new to adjust and integrate – and also preserve their unique identity.

Everything became available, from Zoroastrian religious classes for children to the raditional crisp, yeasty teatime snacks. Silloos, Villoos and Pilloos gushed that the superior ingredients in Toronto’s supermarkets produced better bhakras than they used to buy from Bombay’s Ratan Tata Institute.

For the Nanavatis specifically, what was the Canadian redemption like? These were the steps to a new normal.

Farida (name changed on request) first met Kawas and Sylvia in 1970, soon after her own immigration from swanky South Bombay; her Toronto cousin had thrown a dinner party so that she could be introduced to local Parsis. ‘I know that they were welcomed by the community with open and forgiving arms, and the incident was never mentioned to my knowledge.’ She adds, ‘Th e Nanavatis were a happy normal family, with children and, later, grandchildren and a beautiful Irish Setter. I doubt if any Canadians knew of their unfortunate past in India.’

Feroze Bhandara – who had been dragged as a six-year-old from Lahore to Bombay on the many hand-holding visits his mum made to her sister, Kawas’s mother – had many memories of his older-by-thirty-years cousin. ‘I went to the US as a student, and then got citizenship. Kawas generously invited me to spend summers with him and his family. I did so from 1972 to ’75. He was a real gentleman.

He never raised his voice. Sylvia and he were in a very loving relationship and they never talked of the past, at least not in my hearing.’

Bhandara’s sister Bapsi Sidhwa made occasional trips from Houston, where she’s been living since 1991 with her second husband, Noshir. Th e astute novelist’s take on the early Canada years was somewhat different: ‘Kawas’s past made him “popular”; he and Sylvia were invited everywhere – mainly as a source of hush-hush, gossipy conversations.’

Mehra Nanavati came to live with Kawas in 1974, and Bhandara noted that ‘she was quite a presence even there’.

Her daughter Moti and son-in-law Rusi, her other son, Hoshang, and his wife, Freny, and their children were all Canadian citizens by then. And the country had an easy ‘parents and grandparents’ immigration policy.

In her early visits to meet her cousin in Toronto, Bapsi Sidhwa ‘noticed that Kawas had turned into a typically affable, fast-talking insurance salesman’. She didn’t notice the irony. The man who had snuff ed out Ahuja in a building called Jeevan Jyot, named after the ‘fl ame of life’ emblem of India’s Life Insurance Corporation, ended up in a life insurance job in Canada. Just as he’d been during the short time that he had stayed on in Bombay after his pardon.

Bapsi’s brother Bhandara said, ‘Sylvia joined the Interior Bank of Commerce. She was very dedicated, taking the train to work every day,’ from the suburb of Burlington, where they lived for many years.

Excerpted with permission of Juggernaut Books from In Hot Blood: The Nanavati Case That Shook India by Bachi Karkaria, available in book stores and on www.juggernaut.in