After The Cow, The Herd

A selfish or insular India is not a new idea but the scale to which it has been taken to and the pace at which it is happening is mind-boggling. 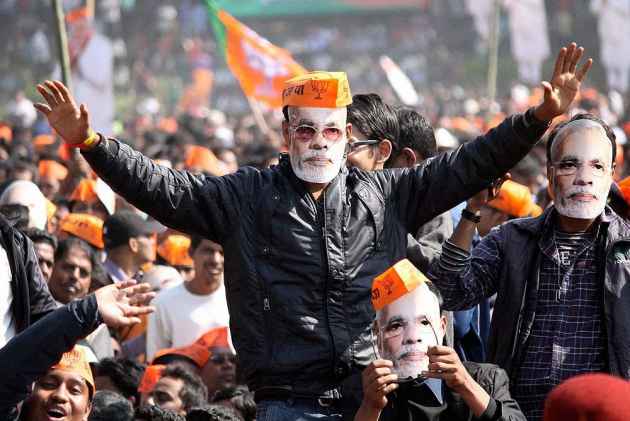 As a Mumbai suburbanite constantly looking for new places where one can take a pleasant walk, I was delighted to discover a new spot near my home. It was a default clearing, half-a-kilometre long, the result of construction at a nearby colony, with even a mass of natural water that could even be imagined as a small lake. A small pathway had been built for walking and a road ran alongside. A few people sauntered there in the evening, some old people too, who probably couldn't handle the hustle of the city elsewhere.

This was three months ago.

Today, that spot is almost unrecognisable. All those people sitting with beer bottles and consuming snacks would have been fine, if only they chose not to trash the place with their litter afterwards (that nobody cleared later). People rolling joints, couples in the corner, the parked car suspiciously shaking — all that would be fine, if people chose not to treat that pathway like their private garden and come in the way of people trying to walk. The old people have gone. Urinating men, faeces on the pathway, heavy vehicles parked along the road, their trash emptied there — it is astonishing how fast this space has become a dump, how relentlessly people chose to destroy something as a blinkered herd.

It is hard to ignore the thought that this is a microcosm of modern-day India. A selfish or insular India is not a new idea but the scale to which it has been taken to and the pace at which it is happening is mindboggling.

In all this, Narendra Modi being elected as this land's Prime Minister in 2014 seems the most natural trajectory.

That he was accused of presiding over a pogrom was just brushed aside by majority voters; he wasn't found guilty by the courts, was he? Why should so much material and testimony from diverse sources that nail close associates (some of whom are in jail) concern them? Never mind the fact that most of those people would not consider a job applicant tainted thus, or do any kind of business with him. One can understand not putting him in jail without conclusive proof but to elect him in a position of ultimate authority?

That requires a special kind of insularity that goes beyond a desire for the brand of "development" promised by his government — seemingly in the form of cement roads, faster Internet speeds, ease of doing business, modular kitchens…the whole gamut.

It can only be a hostility, or at the very least, an indifference to the welfare and safety of the primary minority community. And then a strange kind of herd mentality that passively goes with the majority, much like in the case of all other mythical brainwashed masses. Then they call the rest "pseudo seculars".

That isn't the India many of us believe we grew up in, let alone the one conceived by our constitution.

The main reason why Modi won is not because of the (highly vocal, often obnoxiously so) rabid support, which is always going to be a minority in a country like this, but because many people, who could easily sway another way on another day, chose to give him (and his government) the benefit of doubt. This is a fragile support, hinging on that benefit of doubt, which can obviously change in a trice.

And that has now happened.

After personal freedoms have been challenged (beef ban), communal incidents not publicly chastised (Dadri lynching, face-blackening) and economic concerns not met (price rise of dal, the most staple food), that benefit of doubt has vanished among a lot of them.

Modi's embarrassing personal conduct during his tours (the "despite being a woman" comment in Bangladesh, the  tasteless shoving of Mark Zuckerberg to enable a clearer camera angle in the US) and even bizarre behaviour at home (that eponymous jacket while greeting Obama) — that's alienated a substantial number of people who care about how Indians, especially those representing august offices, are seen in the wider world.

Add to that the undisguised contempt this government, seemingly led entirely by philistines ostensibly proud of that fact ("what's so great about being a writer, even I write sometimes"), has for education, culture and arts (Smriti Irani, Mahesh Sharma, Gajendra Chauhan…etc) and a considerable section of those liberals have already left their side.

The returning of government-bestowed awards by writers, scientists and filmmakers is not a gimmick but by and large, a genuine symbolic gesture of frustration that the intellectual community feels acutely. Perhaps some of it is after a fashion, even herd-like, but that is not the point in the end. It is odd, however that many of them are simply unable to respond to aggressive jibes like "why did you not protest for 1984, Babri Masjid, Kashmiri Pandits, Narendra Dabholkar, Muzaffarnagar, Taslima Nasreen and Himesh Reshammiya (oops, sorry, forgot he may be a favourite for many of these authentic nationalists, as opposed to pseudo secularists)?" As if "because the creative and intellectual climate has never been so blatantly attacked by any government in independent India and no one has so shamelessly tried to undermine thinkers by trying to legitimise mythology as history" requires training in rocket science to throw back.

Modi jokes are now legion, evoking George W Bush in the second part of his presidency. And Modi has been in power for barely 16 months. It is a losing battle of the mind, just a matter of time now. In a language some understand best these days, "I voted for Modi" T-shirt companies have already stopped getting VC funding.

A simple rule-of-thumb way to explore this is to just examine if the number of Modi supporters you know have gone up since May 2014. For me, and for the people I know who have done the same exercise, the numbers are less, sometimes even considerably less. The herd mentality that voted them in will also soon isolate them.

Delhi handed a thrashing to the BJP in February because the fundamental (as opposed to fundamentalist) neutrals, thankfully the majority in India still, decided to give AAP a genuine chance. Bihar has given them a hiding because BJP's brand of divisive and abusive politics quite simply doesn't have takers anymore.

The same words in the same tone that worked in 2014 now sound tinny and sinister.

It is a delightful irony that the two people — the Delhiite and the Bihari — who have been the butt of jokes for the rest of India for a long time now, as if they are more uncouth and inferior to the rest of India somehow, are the ones who have shown India the way to rid it off the most embarrassing and even vile government independent India has ever had (as the Sikhs, with time-honoured sardar jokes taken in their stride, did in the 2014 Lok Sabha elections itself).

Now, if only we, common Indians, could work on reversing the cliché we are in danger of becoming too.

Jaideep Varma is a National Award-winning filmmaker who has no plans to return his award but entirely supports those who do, and is amused that some people see this as a contradiction.