The shooter from Bhopal, who began her tryst with the sport when she was 12, secured an Olympic quota at the 14th Asian Championships in Doha in 2019. 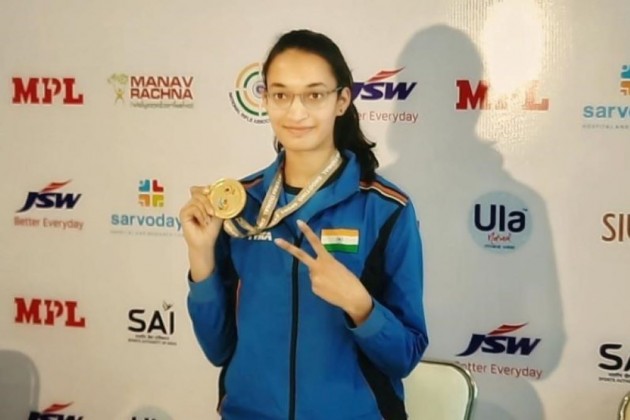 She is an Olympic quota holder but the occasional thought about whether she would compete in the Tokyo Games leaves Chinky Yadav worried, thanks to the incredible depth of talent in Indian shooting. (More Sports News)

While a quota definitely puts a shooter at an advantage, it need not necessarily mean a ticket to the Olympics for everyone. As per the selection policy of National Rifle Association of India (NRAI), few shooters are picked based on their scores in trials and competitions leading up to the showpiece.

"Sometimes I think about Olympic selection and I feel under pressure, but I also tell myself that whatever happens I will see, I will try my best," Yadav said.

The Olympics will be held from July 23 to August 8.

On Wednesday, Yadav strengthened her case for selection with a gold medal in the women's 25m pistol ahead of Rahi Sarnobat and Manu Bhaker in the ISSF World Cup.

Working with a psychologist has helped Yadav immensely.

By her own admission, she was under the pump and was sweating, as she got locked in a tussle with the experienced Sarnobat for the gold.

The 23-year-old, though, held her nerves to prevail in a shoot-off.

"Besides my coaches, we also have a psychologist ma'am working with us and she supports us a lot.

"The mental thoughts are controlled through meditation."

The shooter from Bhopal, who began her tryst with the sport when she was 12, secured an Olympic quota at the 14th Asian Championships in Doha in 2019.

Speaking about the Wednesday's final, she said, "I have trained in advance for tie shoots in final, I just had to do my best, not think who is in competition with me and which level they are in.

"Also, whenever I shot badly I forget that and look for a fresh start, I am very happy to win my first individual senior world cup medal.

"I have been told by the coaches and psychologist that I have got to trust in my own abilities."

Yadav, who switched to 25m pistol in 2013 after starting with 10m, admitted that she was under pressure.

"I was under a lot of pressure, I was sweating, there was vibration in my body, but I focussed on my technique, and to control the vibration I focussed on my breathing sequence. Pressure is there in every competition but it is more when we expect too much."

Asked about the beginning of her journey, she said, "It started in 2012, my father lives in a sports campus in Bhopal, 21 to 25 sports are played in that academy and I came to know that shooting is also there.

"In 2013, I moved to 25m and within one year, I was in the squad and from next year I started participating in competitions. So I have been a part of the junior team for a few years and then when I graduated to senior I had a one year break, during which I did training."