After Years Of Struggle, Nepal Goes To Historic National Elections

Around 3.2 million people across the north of the country are eligible to vote in Sunday's first phase. 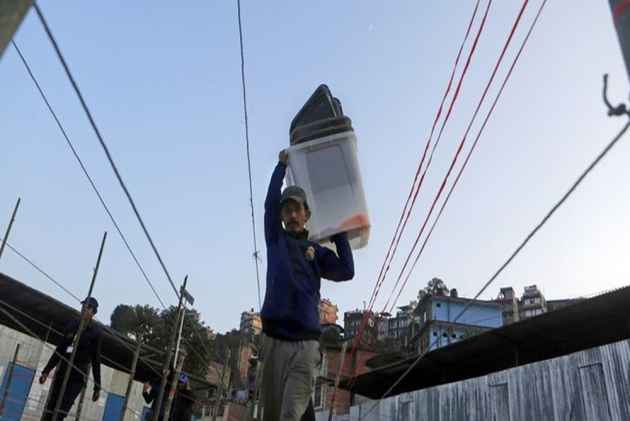 Millions of Nepalis vote on Sunday in historic polls billed as a turning point for the impoverished Himalayan nation, hoping to end the ruinous instability that has plagued the country since the end of a bloody civil war a decade ago.

The two-phase elections for national and provincial parliaments are the first under a new post-war constitution born out of a peace deal that ended the 10-year Maoist insurgency in 2006 and set the country on a path from monarchy to democracy.

It took another nine years for the new charter to be agreed as a series of brittle coalition governments bickered over the country's future as a federal democratic state.

Many hope that the elections, which will establish the country's first provincial assemblies, will bring an end to political turbulence and limit the impact of horse-trading in Kathmandu.

"We've never seen a government last five years. If it does there will be stable policies and it will be easier to work," said Amir Dhoj Thapa from Chautara, a town east of Kathmandu that votes Sunday.

"We have big hopes for this election."

Around 3.2 million people across the north of the country, including areas badly hit by a devastating earthquake two years ago, are eligible to vote in Sunday's first phase. The more populous south will vote in 10 days time.

Nepal's constitution, finally passed in 2015, lays out a sweeping overhaul of the political system and aims to devolve power away from the central government to seven newly created provinces.

Rules laid out in the new charter will weed out some fringe parties from the parliaments and raises the bar for ousting a prime minister, leading to hopes that the next government could be the first to last a full term.

However, analysts warn that the changes could be limited, with the three parties that have dominated the political stage since the end of the conflict expected to take the lion's share of seats at the national and provincial level.

The Maoist Party of the former rebels has formed an electoral alliance with the communist CNP-UML, fielding candidates jointly in key races.

The powerful bloc has left the ruling party, the centrist Nepali Congress, on the back foot, forced to look to smaller parties in a bid to remain in power.