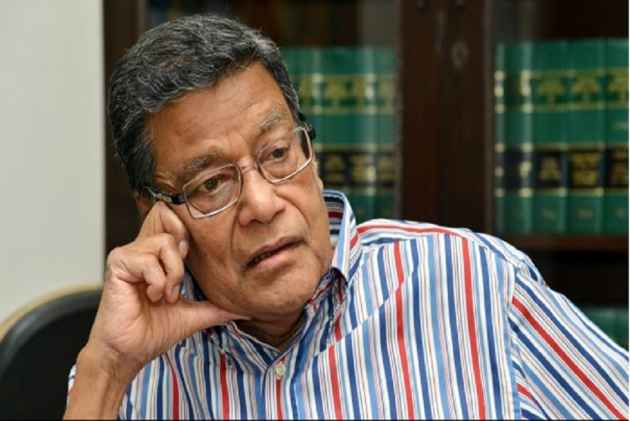 Attorney General K K Venugopal in Supreme Court today said the hearing on setting up of the scheme, under which Cauvery Management Board (CMB) has be constituted, be deferred by ten days till the Karnataka polls are over as the Prime Minister and his cabinet colleagues are busy in campaigning.

The Supreme Court today took strong note of the Centre for (rpt for) not yet framing the Cauvery management scheme to implement its verdict on river water sharing between four southern states, even as Tamil Nadu attacked the union government for its "partisan" attitude saying this was the "end of cooperative federalism".

A bench headed by Chief Justice Dipak Misra asked the Centre to file an affidavit by May 8 giving details of steps taken to frame the scheme, which was ordered for smooth release of water from Karnataka to Tamil Nadu, Karnataka, Kerala and Puducherry.

"Mr Venugopal (Attorney General), the scheme has to be finalised by the Centre and it should have been finalised by now. The states have no role in it," the bench, also comprising Justices A M Khanwilkar and D Y Chandrachud, said.

Venugopal also said the draft scheme, which has to be approved by the Union Cabinet, could not be put for approval due to the ongoing campaign.

He also referred to the recent communication of the Karnataka Chief Minister that the Water Resources Ministers of all the four states be made members of the CMB, has created an issue which also needed to be resolved.

The submission irked senior advocate Shekhar Naphade, appearing for Tamil Nadu, who said "this is the end of cooperative federalism and the rule of law in the country. This is the partisan attitude of the union of India to favour Karnataka."

"I am saying this with full sense of responsibility that the Centre is playing politics and is more worried about its poll prospects in Karnataka than following the apex court order," Naphade said, adding that the judgement had said that the scheme had to be framed within four weeks and this was nothing but "dilly dallying".

Besides the summer temperature, "the temperature over Cauvery water is rising in Tamil Nadu," he said, adding that the government was "clueless" as to what to say to people as no scheme has been framed even after two months of the judgment.

The apex court, meanwhile, warned Karnataka government and asked it to establish its bonafide by releasing water and said it may take suo motu cognisance of contempt and seek the presence of state's Chief Secretary before it.

"Let Chief Secretary appear before it. We take suo motu cognizance of the contempt," the bench said when senior lawyer Shyam Divan, appearing for Karnataka, said there was contempt plea against it.

The court, in its order, however, did not refer to aspects relating to contempt and presence of Chief Secretary.

During the hearing, the court first asked Karnataka to release 4 tmcft water by May 8, then asked it to release 2 tmcft water and at the end, ordered it to apprise the bench "as to how much water can be released".

While posting the matter for hearing on May 8, the court assured Tamil Nadu that the Cauvery water would be released as per its verdict.

On April 9, the court had asked the Centre to formulate and file the draft Cauvery management scheme before it by today and directed Tamil Nadu and Karnataka to ensure peace in the meantime. The bench had made it clear that the judgment has to be complied with all the stakeholders.

The apex court had asked the Centre to formulate a scheme to ensure compliance of its 465-page judgement on the decades-old Cauvery dispute. It had modified the Cauvery Water Disputes Tribunal (CWDT) award of 2007 and made it clear that it will not be extending time for this on any ground.

The top court had on February 16 raised the 270 tmcft share of Cauvery water for Karnataka by 14.75 tmcft and reduced Tamil Nadu's share, while compensating it by allowing extraction of 10 tmcft groundwater from the river basin, saying the issue of drinking water has to be placed on a "higher pedestal".

With the apex court's verdict, Tamil Nadu, Karnataka, Kerala and Union Territory of Puducherry would be annually entitled to 404.25 tmcft, 284.75 tmcft, 30 tmcft and 7 tmcft of Cauvery water respectively out of the total of 740 tmcft.