No Legal Aid To Sedition-Charged Kashmiri Students: Lawyers From Agra

The students were booked under the Act that dates back to the British era allegedly for posting a WhatsApp status praising Pakistan players after the team’s victory against India in a T20 cricket match on October 24. 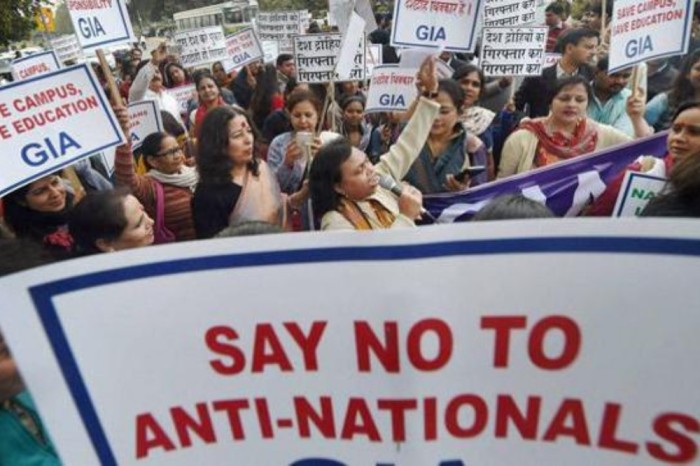 Several lawyers' associations of Agra have unequivocally decided to abstain from providing legal help to the three Kashmiri students of an engineering college charged with sedition.

The students were booked under the colonial era act allegedly for posting a WhatsApp status praising Pakistan players after the team’s victory against India in a T20 cricket match on October 24.

"We will not provide any legal help to those who are involved in anti national activity or anti social activity,” Nitin Verma, President of the Young Lawyers’ Association, Agra, told PTI.

“It will send a message to the country that the lawyers of Agra have decided not to provide legal help to anyone who is involved in anti national activity,” he said.

Verma argued that freedom of speech doesn’t allow engaging in “anti-national” activities and that he condemns the students’ praising of the Pakistan cricket team.

"We will also oppose any lawyer who agrees to provide legal help to these students whenever he comes to Agra," he added.

“No organisation has the right to involve in anti-India activity. The decision of lawyers' to not provide legal help would send the message to every one in the country that no one should help those involved in anti-national activity,” Sharma said.

Besides these two, Janpad Bar Association, Adhivakta Sehyog Samiti, and other similar bodies, too have issued similar dicta against the three Kashmiri students.

Nasir Khuehami, national spokesperson of the Jammu and Kashmir Students’ Association, said the body will extend legal help to the students.

"This is true that lawyers associations in Agra have refused to provide help to Kashmiri students and have said they won't plead the case.

“But the J&K Students Association has decided to support and extend them a helping hand as far as legal support is concerned,” he said.

"We have got a lawyer now through our Delhi team and friends there. Advocate Madhuvan Dutt Chaturvedi will defend the students on behalf of the Association," he added.

Khuehami also expressed worry that sedition will ruin careers of these students.

On Thursday, when the students were exiting the court, few right wing activists raised slogans against Pakistan in the court’s premises and chased the students.

The Agra police escorted the students back into the police van.