In Kenya, the 18 crops 'made up about half of the farm income among Kenyan households, on average' 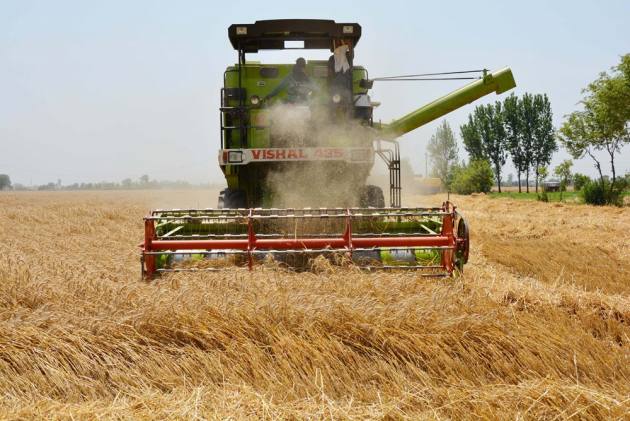 A study by two researchers at the London School of Economics (LSE) affirms Indian farmers’ fears that the entry of the private sector, and the dual private-state market mechanism, can diminish agriculture incomes and rural consumption.

Swati Dhingra and Silvana Tenreyro study in February 2020 on what happened in Kenya which, in 2004, introduced several laws and policies to shift from a state-led system to one where both the state and private sector operated to directly buy crops from the farmers.

Laws related to 18 crops, out of a total of 100, were changed to allow free entry of private businesses, just like India did with its three farm acts. In Kenya, the 18 crops “made up about half of farm income among Kenyan households, on average”.

The paper finds that not all the farmers are able to engage on equal terms with the private entities. Only those with the “highest comparative advantage in the policy-affected crops” sell to the private sector because they have the social, economic, and political leverage to engage with the new market players.

However, the farmers with “medium comparative advantage” continue to sell their produce to the state-led entities, or to the middlemen, as they did earlier. Worse, those with the “lowest comparative advantage”, or the poor and marginalized croppers, grow other crops that are not included in the policy-affected ones.

Farm incomes or the amounts paid by the private players in comparison to the state-owned ones depended on the competition. In areas, where there were a sufficient number of companies, “the trade-off goes towards raising farm incomes owing to the greater entry of firms operating in the market for policy-affected crops”.

In cases, where the private firms emerged as a duopoly or oligopoly, and thus wielded “increased market power”, farm incomes dropped. Hence, there are chances of the creation of inefficient markets that work against the interests of the farmers.

However, on an average in Kenya, the study concludes, “Farm incomes from the policy-affected crops fell, and they fell much more than those from other crops.” The drop in many instances was considerable, which affected the lifestyles of the farmers.

What is shocking is that as rural incomes dropped, the annual profits of the private companies that entered the agriculture market went up. “Agri-business profit margins rose, and much more so for firms specialized in policy-affected crops, relative to other crops. In our setting, the shift to an agri-business model therefore reallocated the gains from trade from smallholder farmers to agri-businesses specialized in the policy-affected crops,” says the study.

As expected, the welfare of the rural-farm households, which is measured in the study by the net annual incomes or ownership of key assets, suffers. Their state of living is worse than the period before the new Kenyan laws were introduced in 2004.

As the two researchers note, “The findings validate concerns that commercialization of agriculture through monopolistic firms is not a panacea for lagging productivity and limited poverty reduction in rural areas.”