Agrochemicals Bounce Back Despite Covid-19 Fears

Between April and December 2020, production zoomed by almost 12%, compared to a negative 12.8% during the same period in the previous years: CARE Ratings 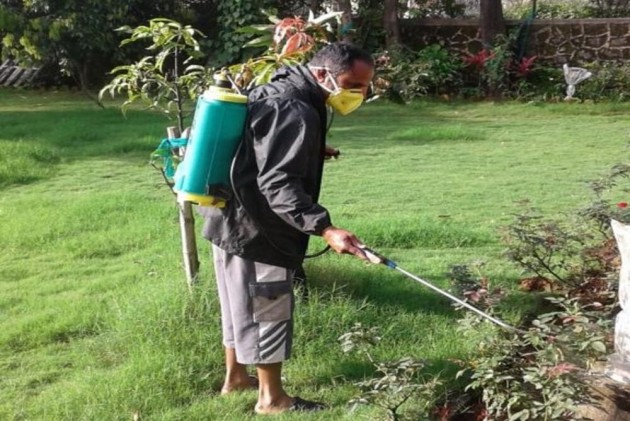 After a dismal year in 2019-20, India’s agrochemicals industry has bounced back in this fiscal year (2020-21), despite the fears of COVID-19, and a series of economic lockdowns. Between April and December 2020, the production zoomed by almost 12%, compared to a negative 12.8% during the same period in the previous years. 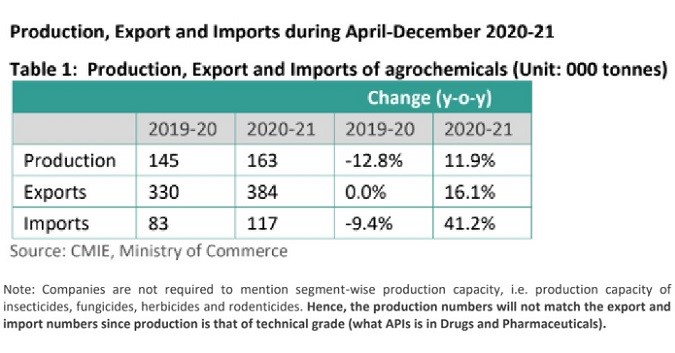 According to a CARE Ratings update (March 11, 2021), the reasons for the buoyancy include domestic ones such as “two consecutive good monsoon seasons, remunerative (crop) prices”, “good sowing season”, and an “acceleration in agricultural activities”.

Bright farm conditions in the global markets catapulted the Indian exports of pesticides, insecticides, and fungicides. Exports jumped by more than 16% during the April-December 2020 period, compared to a zero per cent change during the previous period.

In the near future, states the CARE update, the domestic demand will remain “elevated with favourable agronomical conditions”, government initiatives related to AtmaNirbhar Bharat, increase in minimum support prices for crops, and increased government credit.

Exports will “remain steady” as the overall conditions in both the northern and southern hemisphere “improved”. In Latin America, there was a hike in soy and corn acreage in April-December 2020. The share of exports to Brazil and Costa Rica, estimate the CARE update, increased by 20.2% and 32.9%, respectively, during April-December 2020.

“Positive weather patterns, better prices for grain commodities, and easing of trade tensions with China” helped the farm growth in North America. Europe steadied despite the second wave of COVID-19.