Ahead Of Elections, Patidar Leader Hardik Patel Says He Will Support Congress In Gujarat 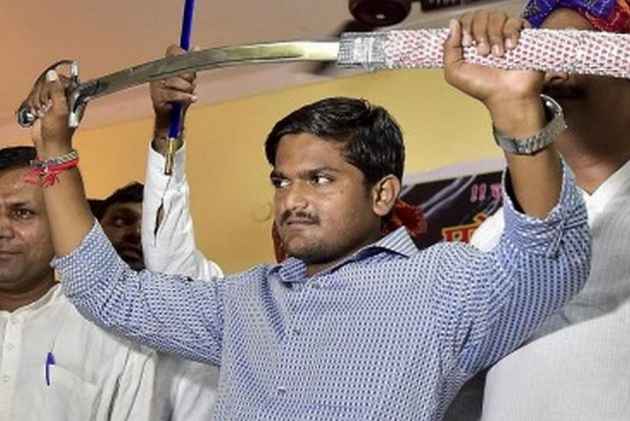 Ahead of the Gujarat Assembly Elections, Patidar leader Hardik Patel, who was reported to have met Congress Vice President Rahul Gandhi amid speculations that the PAAS will join Congress in alliance,  said he will support the Congress party in the elections to beat the incumbent BJP.

After clarifying that he had met Congress Gujarat in-charge Ashok Gehlot and not Gandhi in a hotel in Ahmedabad, Patel however asserted that he will meet Gandhi on his next visit to the state between November 1 and November 3.

Speaking to the Hindustan Times, Patel said he was assured by senior leaders of the Congress party of support to the Other Backward Class (OBC) community and guarantee them reservation in jobs and education, something the 24-year-old party leader has been campaigning for.

“I am sure (that) in that meeting he will promise OBC status if the Congress is voted to power in Gujarat. After that, the PAAS will declare its support to the Congress for the upcoming assembly elections,” Patel told the newspaper.

The Congress has been trying to stitch together an opposition to beat the BJP which has ruled in the state for the past 22 years.  The party had earlier invited the agitating leaders, who have been acting as a pressure group, to hold a meeting with party vice president Rahul Gandhi, hoping that Patel quota stir hero Hardik Patel, Dalit leader Jignesh Mewani and OBC leader Alpesh Thakor, might swing the poll battle in their favour.

Thakor on Saturday confirmed that he would be joining the Congress Party but  Hardik had turned down the Congress' invitation to fight the Gujarat Assembly election jointly, saying the polls were not a Bharatiya Janata Party (BJP)-Congress fight.

Patel however, while addressing a late night rally on Monday, said he would not shy away from supporting "chor (thief)" Congress to defeat "mahachor (big thief)" for the upcoming Gujarat elections.