Modi will lay the foundation stone for the 340-km expressway when he visits Azamgarh tomorrow as part of his two-day trip which will also cover Varanasi and Mirzapur. 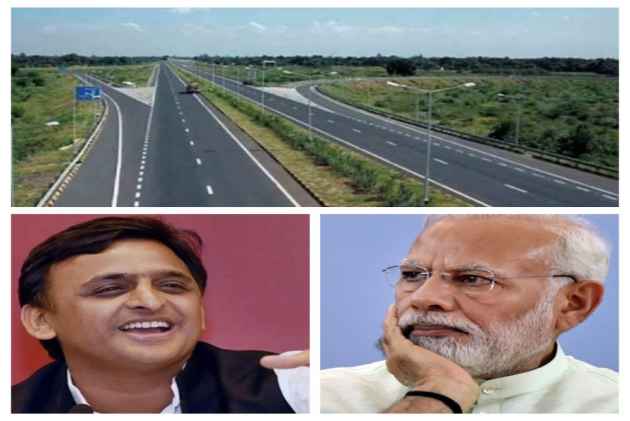 The ruling BJP and the Samajwadi Party have begun a war of words in Lucknow over the Rs 23,000-crore Purvanchal Expressway project which Prime Minister Narendra Modi will launch on Saturday in Azamgarh.

The opposition party is claiming that project is the brainchild of its leader and former chief minister Akhilesh Yadav, who laid a foundation stone for the same stretch in December 2016.

"With this expressway, the eastern districts of the state will get linked with New Delhi via Yamuna expressway and it will become the longest expressway in the country," Yadav was then quoted as saying.

Modi will lay the foundation stone for the 340-km expressway when he visits Azamgarh tomorrow as part of his two-day trip which will also cover Varanasi and Mirzapur.

The six-lane expressway, which can be expanded to eight lanes, will provide a smooth ride between Lucknow and Ghazipur in eastern UP.

Both the BJP and the SP seemed to be trying to take credit for the project keeping the 2019 general elections in mind.

Taking a jibe at the BJP government, SP spokesperson Sunil Singh Sajan said, "The SP government had vision, while this government is sans any vision.”

“They only want to term the work done by the SP government as their own. They simply have nothing of their own to showcase to the people of the state," he said.

SP workers led by senior party leader Balram Singh Yadav had staged a demonstration at the Azamgarh district collectorate yesterday against the planned launch of the project.

The state BJP spokesperson Chandramohan said the government had taken up the project to help develop eastern UP.

The eastern districts will be further connected to Agra and the national capital by the Lucknow-Agra Expressway and Yamuna Expressway, he said.

Recently, the UP Cabinet approved a proposal to seek bank loans of about Rs 12,000 crore for Purvanchal Expressway. The total cost of the project is over Rs 23,300 crore.

“The time-frame for construction is 36 months, but our efforts will be to construct this in 24-26 months," UP Expressway Industrial Development Authority CEO Awanish Awasthi said.