In the 21st century, the thoughts of Gandhi remain as essential as they were in his time and offer solutions to several problems the world faces. 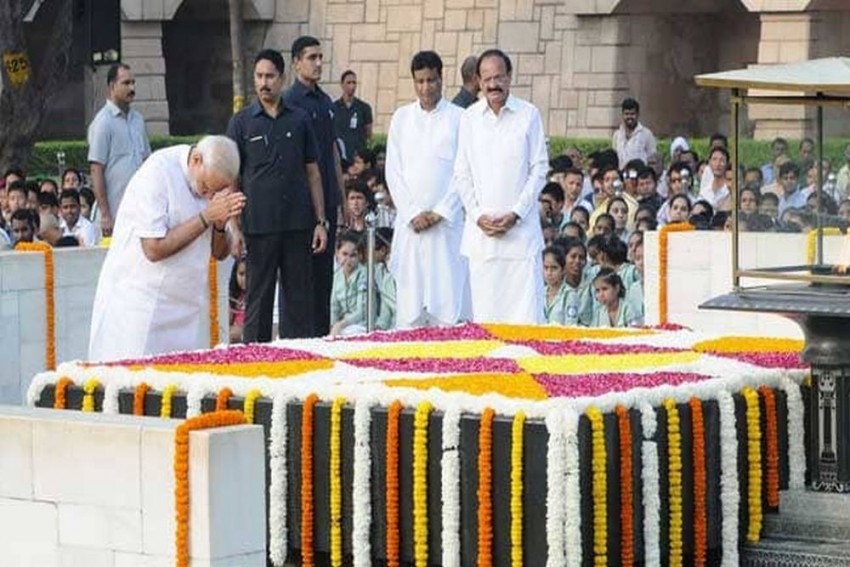 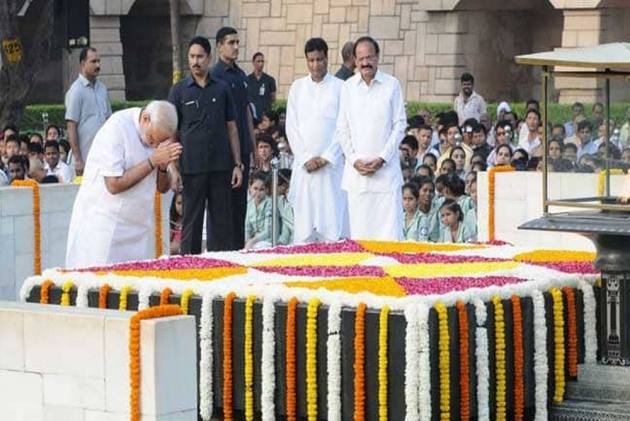 In the 21st century, the thoughts of Gandhi remain as essential as they were in his time and offer solutions to several problems the world faces, he said.

"In a world where terrorism, radicalisation, extremism and mindless hate are dividing nations as well as societies, his clarion calls of peace and ahimsa have the power to unite humanity," Modi said in a blog written for select dailies.

"He remains a shining beacon of hope for millions of people across the world who seek a life of equality, dignity, inclusion and empowerment," Modi wrote.

He said people can follow Gandhi's vision by doing simple things such as ensuring zero waste of food to imbibing values of non-violence and togetherness.

"Let us think about how our actions can contribute to a cleaner and greener environment for the future generations. Almost eight decades ago, when the threats of pollution were not as much, Gandhiji took to cycling," Modi recalled to drive home his point.

Over the past four years, 130 crore Indians have paid tributes to Mahatma Gandhi in the form of the Swachh Bharat Mission. Completing four years today, it has emerged as a vibrant mass movement with commendable outcomes. Over 85 million households now have access to toilets for the first time, he said.

Protest March: Kejriwal Bats For Farmers, Says They Should Be Allowed To Enter Delhi