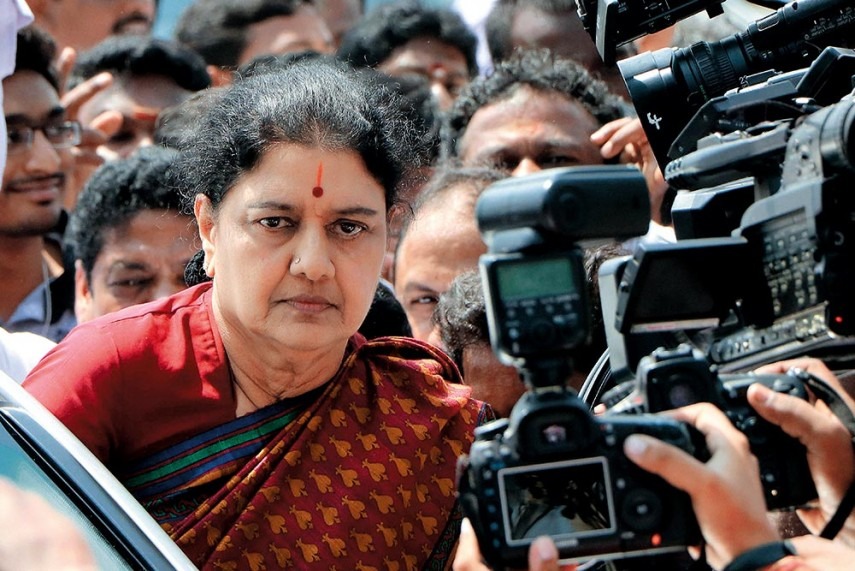 Signalling an end to the grapple hold of the Mannargudi family, the reunited AIADMK today removed jailed AIADMK general secretary VK Sasikala  from all party posts.

The party general council today passed a resolution ousting Sasikala from the post of interim general secretary to which she was appointed in December 2016 after Jayalalithaa’s death.

The council also stripped her nephew TTV Dinakaran from the post of Deputy General secretary. The meeting also restored all party posts to the people appointed by Jayalalithaa and cancelled all sackings and appointments made by Dinakaran.

Declaring that late Jayalalithaa would remain the permanent general secretary, the council appointed a 11-member panel headed by deputy chief minister O Panneerselvam with chief minister Edapaddi Palanisami as co-coordinator to run the party. The two leaders have been authorised to nominate candidates on behalf of the party in all elections.

In all 114 MLAs attended the general council meeting with 20 MLAs of the  Dinakaran camp  camping in Coorg. The large attendance at the meeting and the smooth transaction of its business is a definite success for Chief Minister Palaniswami.

"Once the MLAs held captive by Dinakaran are freed they too will come to our camp as they now know with whom the party is,"said Finance Minister D. Jayakumar. He was also confident that the EPS government will easily prove its majority.

The TTV group is likely to continue as a ginger group and will challenge the general council decisions before the Madras HC which had refused to stay the meeting. TTV will also do his best to stop the EPS OPS group from reclaiming the two leaves symbol.