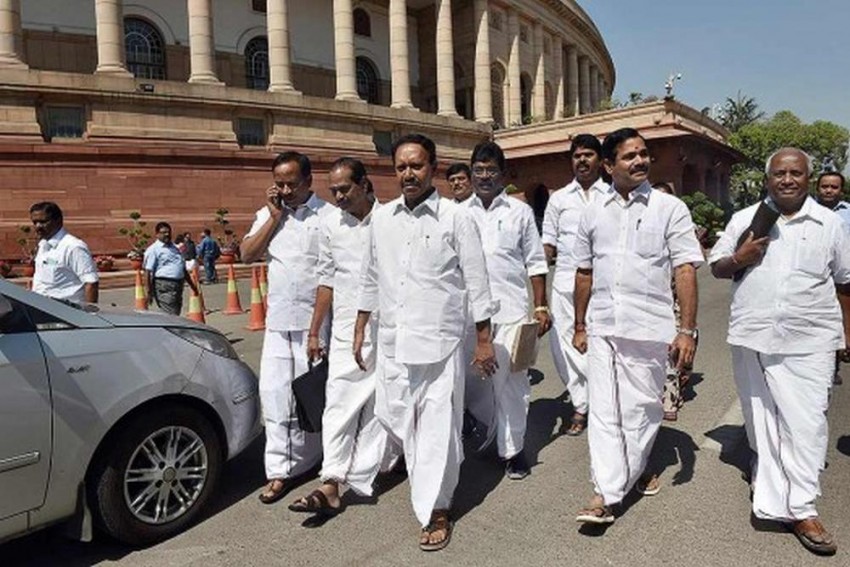 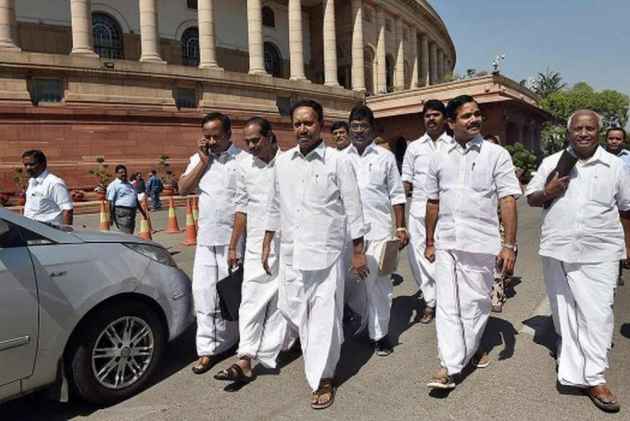 The All India Anna Dravida Munnetra Kazhagam (AIADMK) on Monday sought the Congress Party's support for moving the no-confidence motion in the Parliament against the Prime Minister Narendra Modi-led government over the formation of Cauvery Management Board (CMB).

"Let Sonia Gandhi and Rahul Gandhi issue a statement (expressing support). They (Dravida Munnetra Kazhagam) are in alliance with the Congress. It is only if they (Congress) support, we will get the needed numbers and move the no-confidence motion," AIADMK leader M Thambidurai told media.

Meanwhile, the AIADMK MPs continued their protest in the Parliament premises over the issue and the Rajya Sabha and Lok Sabha have been adjourned till tommorow and till 12 pm respectively.

While the AIADMK announced a hunger strike across the state on April 3 to urge the central government to form the management board, the DMK announced a shutdown across Tamil Nadu on April 5 to press for the same.

Earlier, DMK working president MK Stalin demanded that the ruling AIADMK support the no-trust move of the Telugu Desam Party to create pressure on the Centre in connection with the matter.

On February 16, the Supreme Court had pronounced its verdict on the vexed dispute between Tamil Nadu and Karnataka.

The apex court had directed Karnataka to release 177.25 thousand million cubic feet (tmcft) of water to Tamil Nadu. This reduced Tamil Nadu's share of Cauvery water by 14.75 tmcft from the 192 tmcft allocated by a tribunal in 2007.