The AIADMK district secretary-level meeting held on Wednesday was vociferous with several leaders accusing the present leadership of soft-pedaling certain issues and not acting as a constructive opposition. 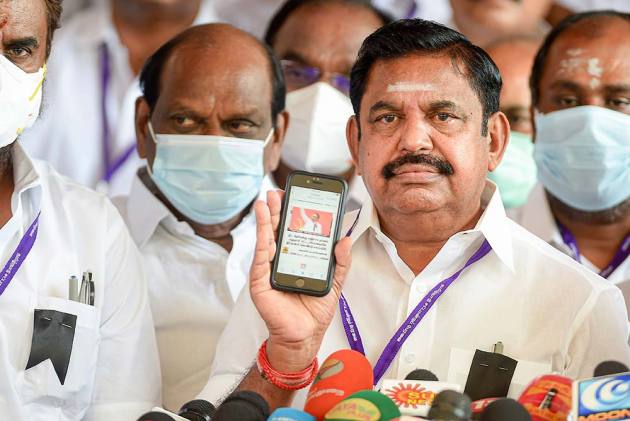 The AIADMK will conduct its party executive committee meeting on December 1 at the party headquarters and is likely to take important organisational decisions, including appointing new Chairman for the party presidium.

The meeting is also likely to decide on whether the number of steering committee members is to be increased from the present 11 to 18 as demanded by some leaders. It may be noted that the party presidium chairman and senior leader E. Madhusudanan passed away in August 2021.

The AIADMK district secretary-level meeting held on Wednesday was vociferous with several leaders accusing the present leadership of soft-pedaling certain issues and not acting as a constructive opposition. However party Chief Coordinator, O. Panneerselvam and Chief Coordinator K. Palaniswami said that they were consulting each other before any important decisions regarding the party and people of the state.

Several district secretaries demanded that the number of steering committee members should be increased from the present 11 to 18 as that would lead to a more constructive approach in taking important political decisions.

Former minister and senior leader of the AIADMK, K.A. Sengottayan was the first to raise the demand of increasing the number of steering committee members. He is generally considered as a leader who takes a guarded approach on issues and that will not utter a word outside of the party committee. However, sources in the AIADMK said that he demanded an increase in the number of steering committee members and said that the party needs more focus on issues concerning the people.

It is learned that while O.Panneerselvam supported the demand of Sengottayan, K. Palaniswami ruled out the expansion. The AIADMK leaders in private told IANS that the party will have to seriously introspect on the possibilities of an increase in the number of steering committee members and that it could not be kept under the carpet for long.

The AIADMK has been losing electoral battles since the 2019 general elections and continued in the downward slide movement even in the rural panchayat elections in nine districts. The party faced a heavy drubbing in the 2021 Assembly elections and this has prompted several leaders to come up with alternate suggestions to improve the performance of the party as well as to convert it into a fighting force.

A senior leader of the AIADMK, who is also a former minister while speaking to IANS said, "If the party does not increase the number of steering committee members and accept criticism and do a course correction, things would be difficult in the long run. Charisma is lacking for the party and DMK has developed Stalin into a charismatic leader."