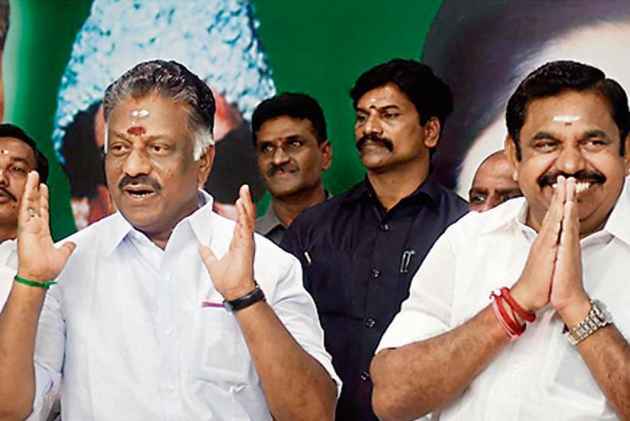 A late evening call from Amit Shah to Tamil Nadu Deputy Chief Minister O. Panneerselvam saw the AIADMK quickly fall in line to support the Modi government in the no confidence motion on Friday. The AIADMK’s 37 MPs would further boost the government’s winning margin.

Initially the AIADMK had indicated that it would abstain from the vote. Chief Minister Edappadi Palaniswami had even stated that there was no question of supporting the no confidence motion as it was tabled by the TDP for an issue concerning Andhra Pradesh. The party MPs were directed to speak on issues concerning Tamil Nadu during the debate and then abstain during the vote. Now they will raise the same issues and then vote for the government.

The AIADMK’s line militates against the aggressive tone it had taken in the last one week especially after Amit Shah’s visit to Tamil Nadu and the subsequent IT raids on two businessmen close to the Chief Minister. The AIADMK Ministers had even gone to the extent of asserting that raids would not frighten them and the BJP cannot dream of ever capturing power in Tamil Nadu. “Tamil Nadu will always remain a state of Dravidian parties,” Lok Sabha Deputy Speaker M. Thambidurai had asserted.

But the AIADMK leadership of EPS and OPS thought it would be safe to play along with the BJP given the precarious numbers in the Assembly where it is short of the 117 majority mark. So the AIADMK’s support will help shore up the stability of the government in case the High Court ruling in the disqualification of 18 MLAs goes against the ruling party. “The Governor’s role becomes crucial at that stage and being on the right side of Delhi becomes important then. So our support in Lok Sabha today would come in handy to ensure the longevity of our government,” explained a senior AIADMK MLA.

The joke of the day, however, came from DMK working president M.K. Stalin who stated that his party would support the no confidence motion. The DMK has no MPs in the Lok Sabha so its support will not translate into numbers other than a token exhibition of supporting opposition unity. No wonder Stalin was trolled by memes that asked where he will find the MPs to support the motion.