The MoU between AIFF and DFB covers a wide range of areas pertaining to Indian football such as coach education (including grassroots), talent scouting and promotion, deployment of professional referees, joint marketing initiatives and sports administration 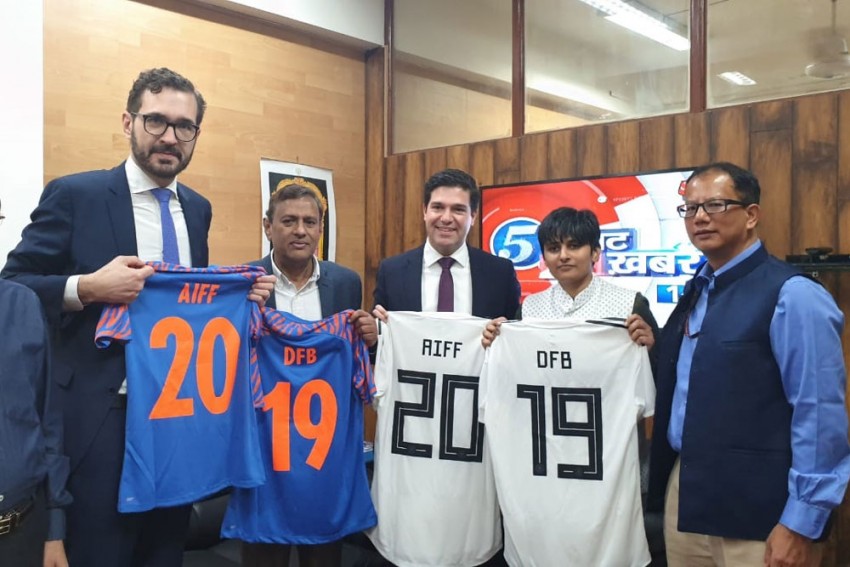 The All India Football Federation (AIFF) on Friday signed a Memorandum of Understanding (MoU) with the German Football Association (DFB) in New Delhi. The signing of the agreement coincided with German Chancellor Angela Merkel's visit to India for talks with Prime Minister Narendra Modi.

The MoU covers a wide range of areas pertaining to Indian football such as Coach education (including grassroots), talent scouting and promotion, deployment of professional referees to India, exchange between National Teams and visit of DFB all-star team (if feasible), joint marketing initiatives and sports administration via discussions on their competition management solutions. Football cooperation among states is also one of the agendas in the respective Government's discussion.

Conveying his delight at the MoU, Das said: "It is a great honour for AIFF to get into this agreement with DFB. I am sure this will immensely benefit Indian football."

"Signing of the MoU coincides with German Chancellor Angela Merkel's visit to India and her talks with Honourable Prime Minister Shri Narendra Modi-ji for strengthening of bilateral ties between the two countries," the General Secretary stated.

"Germany are renowned for their footballing prowess, and the work done by them at the grassroots level stands out. The MoU represents a great opportunity to learn from their experience and expertise through mutual cooperation and collaboration."