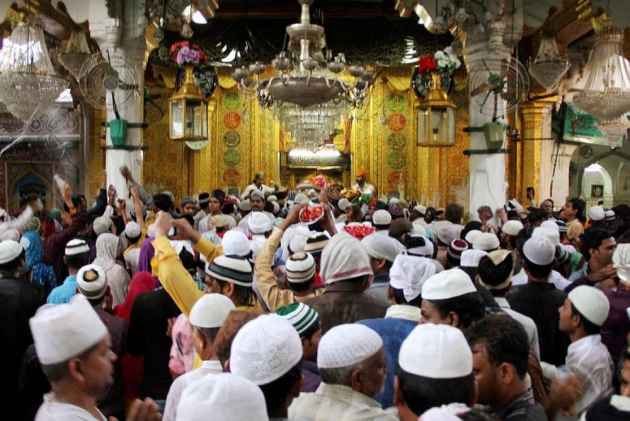 The Ajmer dargah committee has sought more security after a local right wing organization, Shiv Sena Hindustan (SSH), threatened to build a Ram temple at the site of the 12th Century shrine of Khwaja Gharib Nawaz in a video on social media.

According to a report by The Times of India, the dargah committee has verbally apprised the Ministry of minority affairs and the local administration about the recent development.

In the video that runs to 5 minutes, a man introducing himself as as Lakhan Singh Panwar of SSH had also abused Muslims and West Bengal chief minister Mamta Banerjee. He also appealed to the RSS, Bajrang Dal, VHP, Shiv Sena and other Hindu organizations for help in his mission. The video was made in response to a protest march in Udaipur on December 8 protesting the killing of a migrant labourer from Bengal Afrazul by Shambu Lal. SSH had earlier staged a protest protest near the Udaipur court premises in support of Shambhulal

After the video went viral, Jaipur police has registered a case against Panwar.

The dargah is known for attracting huge number of devotees everyday cutting across religions.

Earlier, BJP leader Vinay Katiyar had kicked up a similar controversy after he claimed that Taj Mahal was built on a temple. Later, he had also claimed that Delhi’s famous Jama Masjid was known as ‘Jamuna Devi Temple’.

“There were about 6000 places that were broken down by the Mughal emperors. Delhi’s Jama Masjid was originally Jamuna Devi temple, similarly, Taj Mahal was Tejo Mahalaya,” he had said.

Reacting on the issue, historian Irfan Habib said, “The strategy of the Hindutva groups is to make everything from medieval India look suspect, raise questions about monuments and individuals, do not bother about facts. People's faith matters more than facts.”

The strategy of the Hindutva groups is to make everything from medieval India look suspect, raise questions about monuments and individuals, do not bother about facts. People's faith matters more than facts. #Ajmer