Sibghatullah Ansari, a former Bahujan Samaj Party (BSP) MLA, joined the Samajwadi Party (SP) along with his supporters on Saturday. 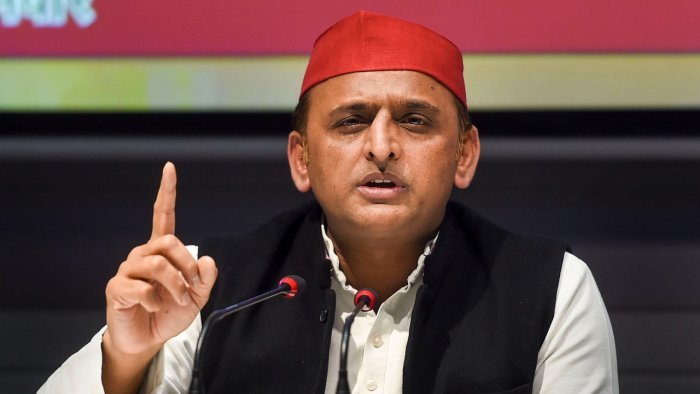 The Uttar Pradesh unit of BJP on Monday slammed Samajwadi Party supremo Akhilesh Yadav as he welcomed the don-turned-politician Mukhtar Ansari's brother Sibghatulla Ansari to his party and said that Yadav's  actions implied how desperate he was to get back to  power.

Sibghatullah Ansari, an erstwhile Bahujan Samaj Party (BSP) MLA, joined the Samajwadi Party (SP) along with his supporters on Saturday.

"Akhilesh is following the line 'satta ke liye kuch bhi karega' (will do everything to come to power). What socialism are you talking about by getting the family of don Mukhtar Ansari to join the SP. People are watching everything," the BJP's Uttar Pradesh unit tweeted on its official handle with the hashtag "ShameonAkhilesh".

The BJP also attached a video on Mukhtar Ansari.

Soon after the joining of Sibghatullah Ansari in former chief minister Yadav's party, the BJP had tweeted, "This is the real face of the SP. In its desire to grab power in the state, Samajwadi Party is ready to even shake hands with the family of mafia Mukhtar Ansari, but they should not forget who is the chief minister of UP."

Sibghatuullah Ansari had won the 2007 assembly election from Mohammadabad constituency on a SP ticket and again contested and won from the seat in 2012 on a ticket of his brother's party Quami Ekta Dal.

In 2017, he joined the BSP and unsuccessfully contested the election.