Samajwadi Party supremo Akhilesh Yadav said that Yogi Adityanath himself listens to the recordings of some people's conversations every evening. Launching a scathing attack on Yogi Adityanath, Yadav dubbed him as the most 'anupyogi’ (useless) chief minister. 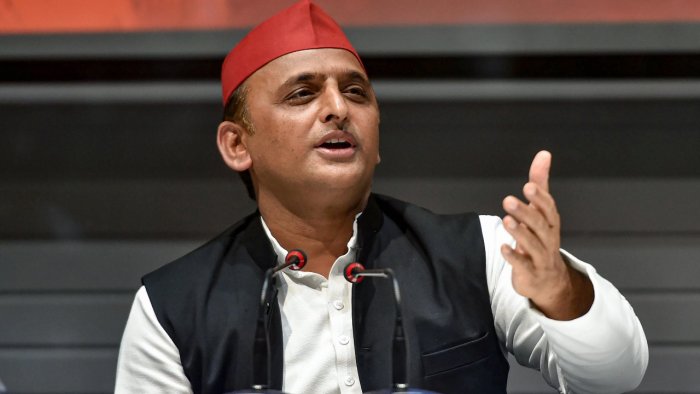 Samajwadi Party supremo Akhilesh Yadav on Sunday accused Uttar Pradesh Chief Minister Yogi Adityanath of getting his telephones tapped and listening to his talks every evening.

Yadav made the allegation while dubbing Adityanath as the most “anupyogi’ (useless) chief minister and seeking to counter Prime Minister Narendra Modi’s poll formula “UP+Yogi=Upyogi”, aimed at asserting the utility of the Adityanath government for UP's growth.

A day after a string of Income Tax Department’s raids and searches at some SP leaders’ offices and residences, Yadav also alleged that wary of its impending defeat in the upcoming assembly elections, the BJP government would be misusing various enforcement agencies more and more to persecute SP leaders in days to come.

"All our telephonic conversations have been heard. This 'anupyogi' chief minister himself listens to the recordings of some people every evening," Yadav alleged.

He also asked reporters to “remain alert, if you are speaking to me."

The entire country knows that whenever the BJP is about to lose an election in any state, the frequency of the misuse of various enforcement agencies by the BJP rises, alleged UP’s former Chief Minister Yadav.

"The BJP is following the Congress’ way. Like Congress, it is rearing to use the central agencies to instil fear (rival among political parties),” said Yadav.

“Seeing the atmosphere in the state, I can say that the Yogi government will not last, The people have made up their mind for a 'yogya' (able) government,” said Yadav.

“No government could be more 'anupyogi' (useless) than this government, It has ruined Uttar Pradesh," he asserted.