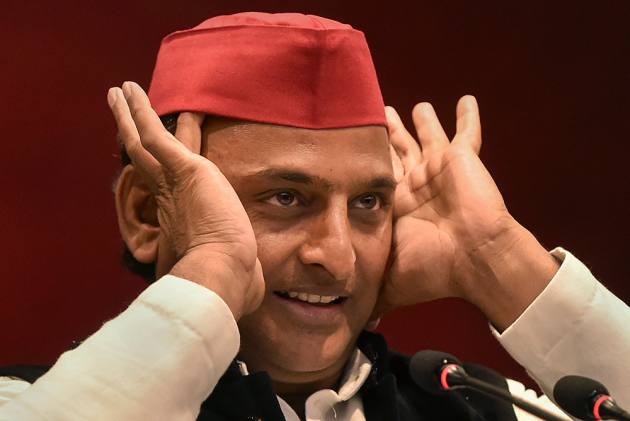 Samajwadi party leader, Akhilesh Yadav  promised a caste census within three months if his party is voted to power in Uttar Pradesh, giving people their rights according to their share in the population.

He attacked Chief Minister Yogi Adityanath for being good only for changing names of cities and inaugurating the “already inaugurated” projects. “We and you are accused of snatching someone's rights but everything will be clear from the caste census,” he said at the rally in the SP stronghold.

“After the formation of the SP government, caste census will be conducted within three months and everyone will be given rights and respect according to their population,” he said.

“People know that we have fulfilled all promises we made," he said.

Some parties believe that a caste census would lead to an increase in the quote for Other Backward Classes (OBC) in government jobs and educational institutions.

Akhilesh Yadav also alluded to the recent Income Tax searches at the premises of some SP leaders, and predicted increased activity by agencies such as IT and the Enforcement Directorate as the assembly elections due early next year approach.

Referring to the poll alliance with his uncle Shivpal Singh Yadav's Pragatisheel Samajwadi Party Lohia (PSPL), he said, "As soon as we took his party along, BJP's IT cell, CBI cell and ED cell became active from Delhi.

“As elections near and the fear of defeat haunts the BJP, they will come even more to Uttar Pradesh from Delhi,” he said.

Shivpal Yadav’s picture was on a banner at the rally, which was also attended in large numbers by PSPL workers. The SP leader took a swipe at the BJP for starting its Jan Vishwas Yatras from multiple locations in Uttar Pradesh.

"Ever since the public started giving strong support to the SP rath yatra, the BJP is getting nervous. The result that six raths of the BJP are coming out against one SP rath,” he said. But the SP’s one rath was more powerful than all of them, he added.

He accused the BJP of spending government money on organising party rallies.

In contrast, he said large number of people had spent their own money to reach the event he was addressing. He told the youth that their future was safe only with the SP in power.

The SP president blamed the BJP government for the increase in fuel prices and said the ruling party is filling the coffers of the rich by picking the pockets of the poor.

Attacking Chief Minister Yogi Adityanath, he indirectly referred to the changes in the names of places and reports in the past of some buildings being coloured saffron. "Yogi is useful only for changing name, changing the colour, laying foundation stones and inaugurating the already inaugurated projects, “he said.

“The chief minister is scared of red colour,” he said, referring to colour of SP caps. Red is the colour of revolution, emotions. These people of a single colour don't know these feelings. They don't even know that the colour of our blood is also red," he said.

Referring to the UP government’s past decisions, he said Adityanath is the first chief minister to withdraw cases against himself.