The actor bore all the expenses, Rs 10 lakh, for setting up the portable toilet. 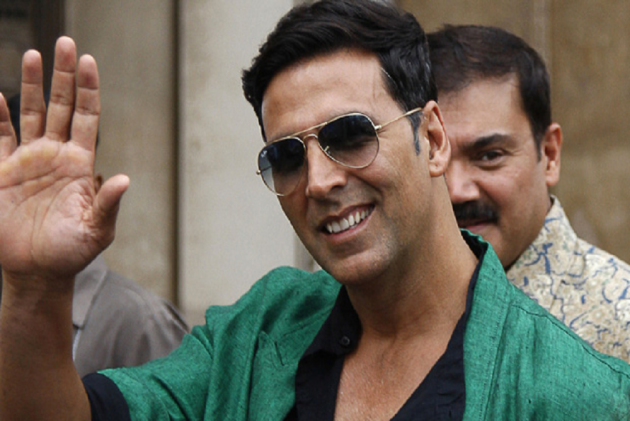 Actor Akshay Kumar has sponsored a mobile toilet of Rs 10 10 lakh near the famous Juhu beach here, months after his wife tweeted a picture of a man defecating at another sea shore in Mumbai.

Last week, the actor sent an application to the Brihanmumbai Municipal Corporation (BMC) offering to set up the toilet by bearing all its expenses, assistant municipal commissioner of K-ward, Prashant Gaikwad, said.

"We welcomed his initiative and installed the toilet near the Juhu beach four days ago. The actor bore all the expenses, Rs 10 lakh, for setting up the portable toilet," he told PTI.

"The mobile toilet can be used free of cost. If anyone comes forward to maintain it, then the facility can be provided on a pay-and-use basis," he said.

In August last year, Kumar's wife Twinkle Khanna had taken to twitter to raise the issue of open defecation near the Versova beach in suburban Andheri.

"Good morning and I guess here is the first scene of Toilet Ek Prem Katha part 2," she had tweeted along with a picture of a man defecating on the Versova beach.

She had voiced her annoyance after spotting a man defecating in the open while she was out on a morning walk on the beach.

Khanna's post had come a month after the city was declared open defecation free.

Notably, during the same period, Kumar had produced the film "Toilet: Ek Prem Katha", starring himself and Bhumi Pednekar, which was inspired by the 'Swachh Bharat Abhiyan' (Clean India Campaign) initiated by Prime Minister Narendra Modi.

Meanwhile, the positioning of the mobile toilet near the Juhu beach did not go well with some city residents.

A local resident, Sameera, expressed her reservations on the toilet's location.

"...The toilet is wrongly placed. Slum dwellers defecated 1 km (towards the end) Versova /Juhu beach 2 public toilets already exist within 500 metres from the new one. New toilets r needed towards the end stretch of both beaches," she posted on twitter.