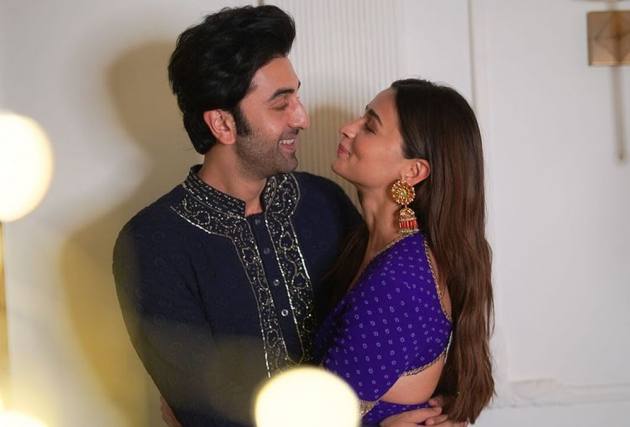 On Sunday night (December 26), Bollywoods most talked-about couple Alia Bhatt and Ranbir Kapoor walked out to ring in filmmaker Rohit Dhawan's birthday celebration, where they were photographed walking hand-in-hand.

Their matching attire got everyone's attention. Bhatt wore a black jumpsuit, while Ranbir Kapoor wore a black t-shirt and a pair of black pants.

Some of Rohit Dhawan's closest industry buddies also managed to squeeze in a visit to the party. Kartik Aaryan, Arjun Kapoor, Varun Dhawan, and Ranbir Kapoor, as well as Bhatt, attended the birthday dinner.

Bhatt recently organised a christmas eve get-together for her close friends and family. She and her mother, Soni Razdan, hosted the dinner at their home. Her beau Ranbir Kapoor and his mother Neetu Kapoor were among the guests at the private gathering. Filmmaker Ayan Mukerji, had also joined the clan.

The duo will appear together in Mukerji's fantasy trilogy ‘Brahmastra’, which will be released next year.

Ranbir Kapoor's forthcoming film 'Shamshera' will hit theatres on March 18 of next year. Actors Vaani Kapoor and Sanjay Dutt feature in the film directed by Karan Malhotra. According to reports, in March of next year, close to 'Shamshera's release an untitled film starring Shraddha Kapoor and directed by Luv Ranjan will be released.