All good things come to an end: Veteran spinner Harbhajan Singh retires from all forms of cricket 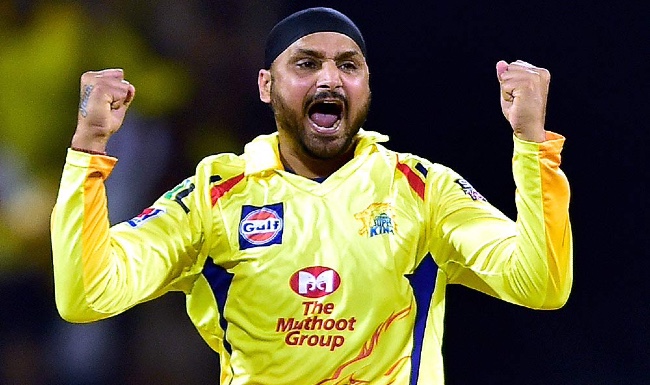 Veteran off-spinner Harbhajan Singh, who became the first Indian bowler to grab a Test hat-trick in a memorable international career, announced retirement from all forms of cricket on Friday, saying that he is finally communicating what has been on his mind for the past few years.

"All good things come to an end and today as I bid adieu to the game that has given me everything in life, I would like to thank everyone who made this 23-year-long journey beautiful and memorable," he tweeted.

"From the narrow lanes of Jalandhar to becoming the Turbanator of Team India, it has been a beautiful journey of past 25 years," he said.

Harbhajan, who made his India debut during an ODI against New Zealand at Sharjah in 1998, last played for the country in March 2016 during a T20I against the UAE at Dhaka. He said he harboured hopes of retiring in India colours but that could not materialise.

"Like all cricketers, I too wanted to bade adieu in Indian jersey but fate had something else in store for me," he said in a youtube video posted alongside his tweet.

"...there comes a time when you have to take some tough decisions and have to move on in life. Mentally I had retired long back but couldn't announce it. I haven't been active in cricket," he added.

Harbhajan had featured in a few matches during the first phase of last IPL for Kolkata Knight Riders but didn't play in the UAE leg of the league. "I haven't been playing active cricket for quite some time but due to my commitment with Kolkata Knight Riders, I wanted to stay with them in the IPL season but I had made up my mind during the season."

"For whichever team I have played, there has always been 100 per cent commitment from me to ensure that my team finishes at the top, whether it is India, Chennai Super Kings, Mumbai Indians, Kolkata Knight Riders, Surrey or Essex county."

One of the most memorable moments in his international career was when he snapped 32 wickets in three Tests, including the first Test hat-trick by an Indian, against Australia in March 2001. That historic Test triumph is one of most iconic moments in Indian cricket.

"In my cricket career, I was happy for the first time when I had taken a hat-trick in Kolkata and I became the first Indian bowler to take a hat-trick in Test cricket. I had also taken 32 wickets in three matches, which is still a record.

"Then the 2007 and 2011 World Cup wins were most important for me. Such memorable moments I can't forget in my life and I can't ever explain in words what it meant to me."

Harbhajan thanked his parents, his spiritual guru, his wife and children in the video, saying that he would now try to make up for the time he couldn't be there with them due to his cricketing commitments.

"My parents worked hard to fulfill my dreams. If I am born again, I would like to be born again as their son," he said.

"My wife Geeta, your love completes me, you have seen the best and worst of  me. You won't complain that I don't give you time anymore. (And) I am happy that I will have time for my children and watch them grow up," he added.