All Of Burhan Wani’s Gang Of 11 Militants Shot Dead, Except 1 Who Surrendered 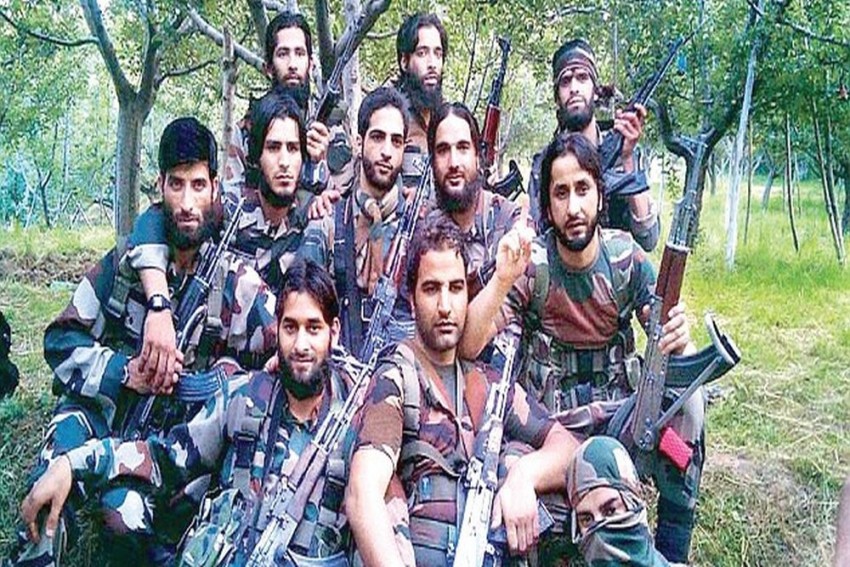 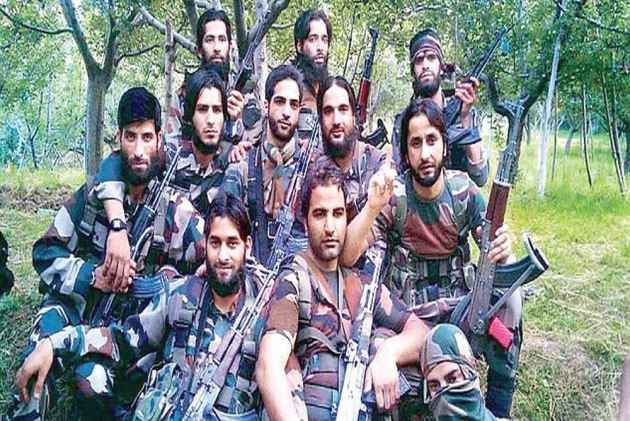 With the killing of Saddam Padder in an encounter in Jammu and Kashmir's Shopian on Sunday, all except 1 of the 11 militants who had appeared for the first time together in a photo along with Hizbul Mujahideen's poster boy Burhan Wani in 2015, have been killed, officials have said.

The picture of the group at an apple orchard had created a stir in the valley as they were touted by insurgent groups as 'Kashmir's new boys' who had taken up arms.

Padder, who hailed from Heff in Shopian region, was active since September 2014. He was among five terrorists gunned down by the security forces In the Sunday encounter.

Others have been identified as Bilal Ahmad Mohand, Adil Ahmed Malik, Tauseed Ahmad Sheikh and Mohammed Rafi Bhat, a PhD scholar and an assistant professor in the Kashmir University.

The encounter in Badigam comes within 24 hours of a swift police operation in Chattabal area of the city in which three Lashker-e-Taiba militants were gunned down.

During the gun-battle, the police made several appeals to the militants to surrender and also made their family members talk to them. Inspector general of police, Kashmir, SP Pani said repeated attempts were made to persuade the assistant professor to surrender.

“After receiving an input about his presence, we even brought his family from Ganderbal to persuade him to surrender,” Pani said.

"During the encounter, while handling a highly volatile situation, civilians were injured in cross firing and among them five succumbed to their injuries. The condition of other injured persons are stated to be stable," an official spokesperson said.

DNA reported that before Wani, Adil Ahmad Khanday, Afaaqullah Bhat and Waseem Malla were killed in 2015. Wani was killed in Anantnag In 2016. Others who were killed include Ishfaq Hameed and Naseer Ahmad Pandit.

Last year, Sabzar Ahmad Bhat was killed in an encounter, while in October 2017 Waseem Shah and Anees were eliminated in Pulwama.