All Rajasthan Ministers Hand In Their Resignations Ahead Of Cabinet Reshuffle

"We have been asked to go to the PCC office at 2 pm on Sunday where further instructions will be given by Chief Minister Ashok Gehlot, AICC general secretary Ajay Maken and PCC chief Govind Singh Dotasra": Pratap Singh Khachariyawas 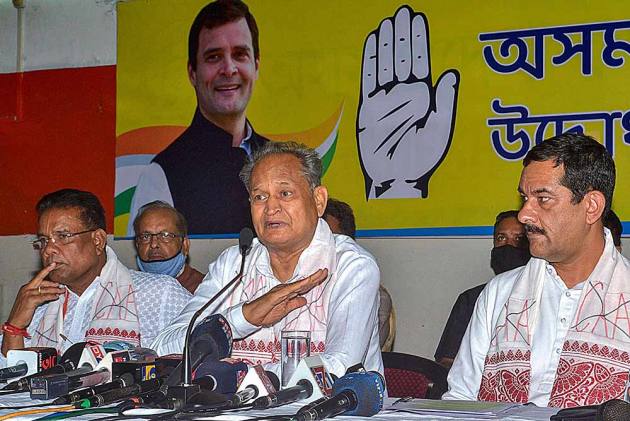 As a pre-cursor to the Cabinet reshuffle, all ministers in the Congress-ruled Rajasthan resigned during a high profile meeting at Chief Minister Ashok Gehlot’s residence.

State Congress chief Govind Singh Dotasra, who along with two other ministers had offered to resign in a letter to party's national president Sonia Gandhi, had moved a proposal in this regard at the beginning of the meeting following which all ministers resigned. Dotasra, Harish Chaudhary and Raghu Sharma had expressed their desire to work for the party in the letter to the Congress president.

"All ministers resigned in the meeting," Pratap Singh Khachariyawas, who held the charge of the transport minister, told reporters in Jaipur. He further commented that, it is unto the chief minister and the party High command to do the reshuffling and it will be known tomorrow what instructions are given by them. "We will be reaching the PCC office tomorrow at 2 pm. We will be following further instructions given to us there,".

Sources said the oath ceremony will be held on Sunday at Raj Bhawan.The incharge for Rajasthan affairs at the AICC, Ajay Maken, who arrived in Jaipur on Friday, was also present at the chief minister's residence.

The strength of the Ashok Gehlot cabinet was 21 before the ministers resigned. Rajasthan, where the number of MLAs is 200, can have a maximum of 30 ministers, including the chief minister. The clamor for Cabinet reshuffle had been growing for the past several months with a demand to accommodate supporters of CM Gehlot’s former deputy Sachin Pilot, who had revolted against the chief minister last year. Apart from the ruling party MLAs, independents who support the government and those who defected from the BSP to the Congress also have expectations from the reshuffle.