Home  »  Website  »  International  »  All Survive After Plane Crashes In Mexico

All Survive After Plane Crashes In Mexico 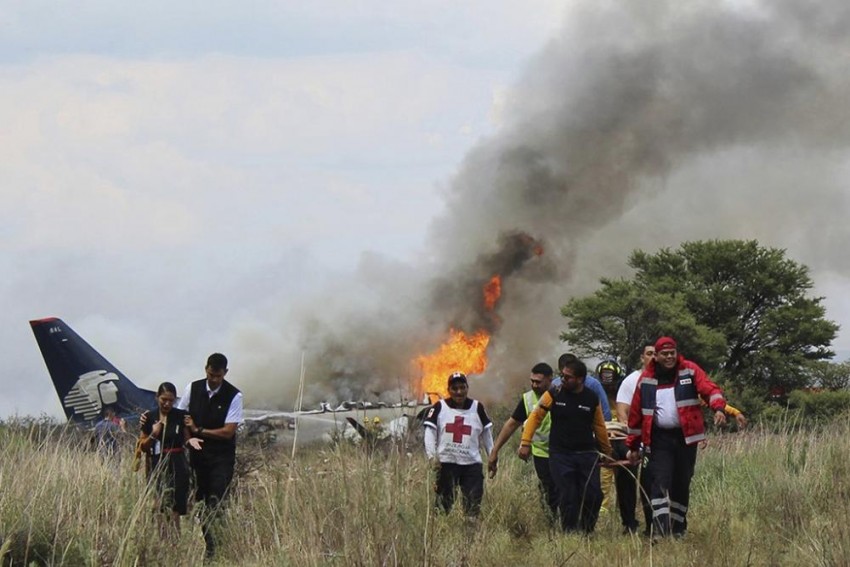 Red Cross workers and rescue workers carry an injured person on a stretcher as airline workers walk away from the site where an Aeromexico airliner crashed in a field near the airport in Durango, Mexico.
(Red Cross Durango via AP)
Outlook Web Bureau August 01, 2018 00:00 IST All Survive After Plane Crashes In Mexico 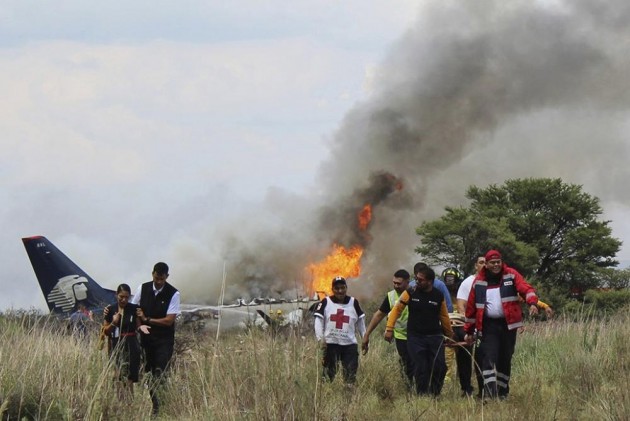 An Aeromexico flight crashed on takeoff during a heavy hail storm in northern Mexico, engulfing the plane in flames. All 103 people inside the flight were rescued with 97 of them injured.

"It is confirmed that there have been no deaths from the flight #AM2431 accident," tweeted Jose Rosas, the governor of Durango state where the crash occurred.

The accident did cause two series injuries: a pilot had to undergo a spinal operation, and a young girl suffered burns on 25 per cent of her body, the governor said.

A total of 97 people were admitted for treatment following the crash, most of them for "very light" injuries, according to Durango civil defense spokesman Alejandro Cardoza.

Cardoza said the plane was caught in a heavy hailstorm and the pilots tried to make an emergency landing, after which the fire broke out.

Conesa thanked the crew "for their professionalism" and said that the aircraft "was perfectly maintained", but did not provide details on the circumstances of the accident.

Brazilian aircraft manufacturer Embraer announced the dispatch of a team to investigate the crash.

Dozens of lightly injured passengers were seen leaving the plane, which was engulfed in gray smoke in a field.

An image taken using a drone and obtained by AFP shows the aircraft immobilised in a field at the end of the runway.

"We were on the runway when the visibility grew worse," 47-year-old Jacqueline Flores, who was traveling with her 16-year-old daughter, told AFP.

"When we were already aloft, up high, it felt like the plane was going to level out but just then is when it plunged to the ground. I think we fell back on the runway because it was a hard surface, then we skidded on the ground until it stopped," added the Durango native, a housewife who was on a journey back to Colombia where she lives.

With the plane on the ground amid some bushes and brush, Flores said luggage began sliding down the aisle and she started to smell smoke.

"I undid my seatbelt and saw flames, and realized we had to jump. There was a hole right next to us and the plane had broken up, I told my girl 'We have to jump over here' and we jumped," she added.

According to Rosas, the passengers helped each other quickly evacuate the aircraft through the openings in the cabin caused by the accident.

In July 1981, an Aeromexico flight crashed on landing in northern Chihuahua due to bad weather, killing 32.

'No Relation To Us', Says Bangladesh On Illegal Immigration In Assam