"The UCC is necessity and mandatorily required today. It cannot be made 'purely voluntary' as was observed by B.R. Ambedkar 75 years back, in view of the apprehension and fear expressed by the members of the minority community," the court said. 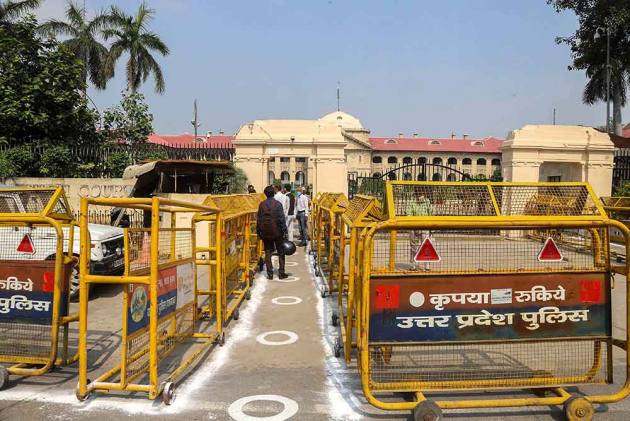 The Allahabad High Court, in response to as many as 17 petitions related to interfaith marriages, has asked the Central government to consider setting up a panel for implementing the mandate of Article 44, which says that the "state shall endeavour to secure for the citizens a Uniform Civil Code (UCC) throughout the territory of India".

The court directed marriage registrar or officer of petitioners' districts to immediately register the marriage of the petitioners without insisting or awaiting approval of the competent district authority with regard to conversion of faith.

"The UCC is necessity and mandatorily required today. It cannot be made 'purely voluntary' as was observed by B.R. Ambedkar 75 years back, in view of the apprehension and fear expressed by the members of the minority community," the court said. Justice Suneet Kumar said it is the need of the hour that the Parliament comes up with a "single family code" to protect interfaith couples from being "hounded as criminals".

"The stage has reached that the Parliament should intervene and examine as to whether the country requires multiplicity of marriage and registration laws or the parties to a marriage should be brought under the umbrella of single-family code," the court observed.

The standing counsel appearing for the Uttar Pradesh government pointed out that the petitioners' marriage could not be registered without an enquiry by the district authority as they did not get the mandatory approval from district magistrate before converting to the faith of their partner for the purpose of marriage. The petitioners' counsel, however, asserted that citizens have the right to choose their partner and faith; and the conversion took place out of free will.

"Interference by the state or by the private respondents (family members) would tantamount to encroaching upon their constitutional right to freedom, choice, life, liberty and to live life on their own terms as man and woman," the counsel said, adding that prior approval of the district authority followed by registration of marriage is not an essential condition before conversion of faith and marriage.

The bench then observed that "Marriage is just an association of two persons recognized by law. There is nothing 'special' about marriage to subject it under different laws for various communities, thus erecting barriers in the free intermingling of the citizens. The petitioners herein cannot be hounded as criminals."

Justice Suneet Kumar, who passed the court order while allowing the petitions filed by one Mayra a.k.a. Vaishnavi and 16 others pertaining to interfaith marriage contracted by the petitioners, further called upon the Union government to initiate the process as the stage has been reached. "Marriage is just an association of two persons, recognized by law," the court added.

The court, in an attempt to envisage the possible effect of UCC on the Indian population if implemented, referred to the Hindu Family Code (HFC), which in the court's opinion acted as uniform civil code and integrated the citizens into an integrated and united Indian citizenry, on terms that is equal and uniform, in so far as the law regulating family law is concerned.

Significantly, the court observed the HFC laid the foundation of transforming the traditional Hindu society, and the legislations lifted and transported the Hindu personal law from the shastra or religion and placed it within the domain of the Parliament.

The petitioners were major and one of the parties to the marriage had converted to the religion or faith of his or her partner. The petitioners had apprehended threats to their life, liberty and well-being. Hence, they had filed writ petitions seeking protection and registration of their marriages.