Alpha To Delta And Now Omicron: A Look At All Covid-19 Variants And Those That Aren't

The World Health Organisation has so far identified 13 Covid-19 variants. These include the deadly Delta and the highly infectious Omicron but also variants like Eta and Kappa that have stopped being big threats. 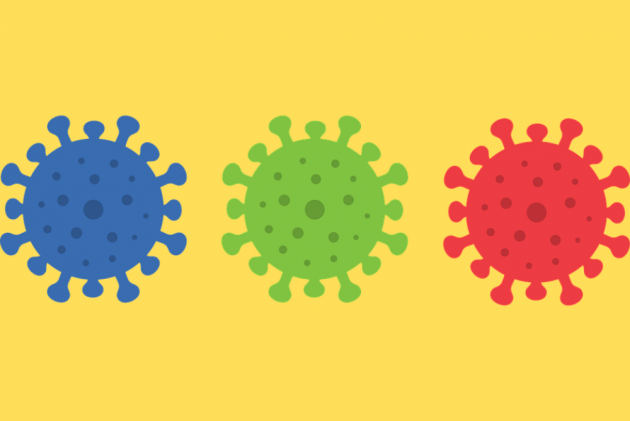 With the world starting another year in the pall of the pandemic, new Covid-19 mutations have become a cause for concern for governments and epidemiologists around the world. With a rise in Omicron cases ever since it was first reported by scientists in South Africa last year, many across the world were hoping for an end to the pandemic. However, Newer mutations being recorded in countries around the world such as IHU in France as well as the emergence of new conditions resulting from Covid-19 infections such as Delmicron or Florona have led to a lot of confusion about what is and isn't a Covid-19 strain.

Is 'Florona' Another Covid-19 Variant? What We Know About The New Disease From Israel

These are the variants considered to pose the greatest threat to public health at the current stage of the Covid-19 pandemic. At present, the WHO has identified five variants as 'VOC'.

Alpha or B.1.1.7 was first detected in the United Kingdom and designated a VOC by December 2020. It has been found in 192 countries since. Alpha is considered to be 50 times more transmissible than the original Wuhan Covid-19 strain. However, existing vaccines and monoclonal antibody treatments have shown efficacy against Alpha.

Identified first in South Africa, Beta or B.1.351 was also designated as VOC in December 2020. It has since been reported in 139 countries across the world. While Beta contained most of the mutations of Alpha and Alpha Plus, it also contained a mutation that enabled the virus to enter persons despite neutralising antibodies from vaccination or natural infection.

Gamma or P.1 was first detected in Brazil and designated as a variant of concern in January 2021, As of December 2021, the variant had been detected in 98 locations across the world. Gamma may have a higher ability to reinfect people. But existing Covid-19 vaccines and treatments seem to work well against the variant.

Identified first in India, the Delta or variant was responsible for thousand of deaths in India during the second wave last year. Delta variant is believed to be twice as contagious as the original SARS-CoV-2 strain from Wuhan and about 40 to 60 per cent more transmissible than Alpha. It contained several previously unseen mutations that not only allowed it to transmit faster but also evade recognition and destruction by immune cells and the immune system while also triggering severe disease. Since surfacing first in May, Delta has been reported in 176 countries, soon taking over other VOCs as the dominant Covid-19 variant.

Omicron or B.1.1.529, which was first detected and reported by scientists in South Africa, emerged across several nations in November last year. Much like the exact origin of Omicron, details about the variant's transmissibility and ability to lead to severe disease and hospitalisation remain unclear and under study. However, preliminary studies have shown that the variant is three times more transmissible than Delta and has a higher rate of reinfection. Data from around the world seems to point that the variant is not causing as much severe disease and hospitalisation as compared to Delta. Omicron, however, is quickly spreading across the country. India too has reported nearly 2,000 cases of Omicron in just over a month.

The WHO currently has two VOIs. Variants of Interest are ones that show higher resistance to neutralizing antibodies and treatments or increased transmissibility from other variants among other factors. Simply put, they are closely observed but not considered as big a threat a VOCs.

The Lamda or C.37 variant was first detected in Peru and named a VOI after being reported in 25 countries. So far, it has been found in 30 nations and has shown to have higher resistance to neutralising antibodies from vaccines than Alpha and Gamma.

Mu or B.1.621 was first detected in Columbia in January 2021 and later added to the list of VOIs. There have been outbreaks of the Mu variant in South America and Europe. The variant contains mutations that may make it resistant against vaccines.

Other Covid-19 variants (Variants under investigation)

Apart from VOCs and VOIs, other Covid-19 variants that have been identified by WHO include a number of variants, many of which were previously variants of interest.

Zeta or P.2 was first identified in Rio de Janeiro in Brazil. While the prevalence of Zeta variant spiked in Sao Paolo during the second wave in 2020, by July 2021, it was no longer considered a VOI.

The Eta variant was first detected in December 2020, though the country of its origin remains unclear. It was designated as a VOI in March 2021 after cases were reported in 23 countries. Cases of Eta were also noted in the Indian states of Karnataka and Mizoram. The Eta variant was different from all other Covid-19 variants detected thus far as it contained two new mutations - E484K and F888L, that were previously unseen in other variants. However, Eta is currently in WHO's list of de-escalated variants.

Theta or P.3 was first detected in the Philippines in January 2021. It is no longer a threat to public health and is currently in WHOs 'deescalated variants list.

Kappa or B.1.617.1 is yet another variant of the virus that was first detected in India. It was named a variant under investigation by Public Health England in April 2021.

The Iota or B.1.526 variant was first discovered i New York City and by February 2021, one in four Covid-19 cases in NYC were Iota. By April, the variant had spread to 48 US states and 18 countries. Iota, however, is no longer in WHO's list of VOI.

Apart from these variants that have been identified by the WHO, there are countless other variants of Covid-19. Global health bodies like the WHO are yet to react to news of the discovery of an apparent new variant "IHU" that has recently been reported in France.

Meanwhile, some confusion regarding conditions like Delmicron and Florona continue to exist. To clarify, Florona and Delmicron are not new Covid-19 variants.

Delmicron occurs when a person is co-infected with both Delta and Omicron variants of Covid-19. Cases of Delmicron were being reported in US and the UK. Florona, on the other hand, is when a person contracts both Covid-19 and Influenza. A Florona case was recently recorded in Israel.