Mocking CM Charanjit Singh Channi for doing Bhangra at an event earlier this week, Captain Amarinder Singh asked him to advice his Home Minister Sukhjinder Singh Randhawa to 'get active'. 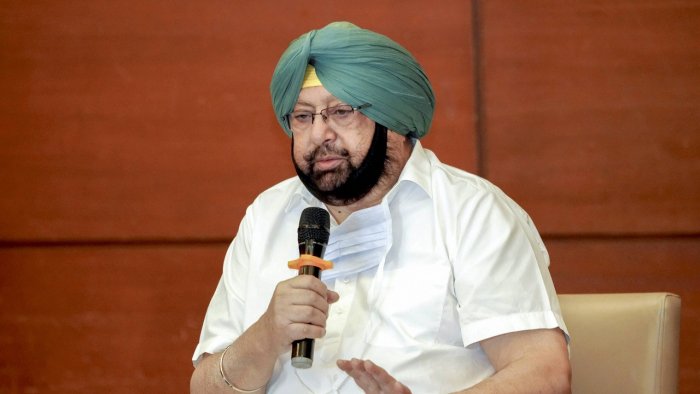 Former Punjab chief minister Amarinder Singh Saturday slammed Punjab Chief Minister Charanjit Singh Channi and state Congress president Navjot Singh Sidhu in connection to a Pakistani drone that was sighted near the international border and shot down by the BSF.

He asked Chief Minister Channi to tell his Home Minister Sukhjinder Singh Randhawa to "get active".

"Instead of doing Bhangra all day Punjab CM should advice his home minister to get active and come out of denial mode," Singh said in tweet, also tagging a media report on the drone being shot down.

The Chinese-made drone was "detected and downed" around 11:10 PM Friday near the Wan border post in the Ferozepur sector, the BSF said in a statement.

Chief Minister Channi was spotted doing some Bhangra steps at an event earlier this week. In September also, he was seen performing Punjab's folk dance at an event in Kapurthala.

"Also tell your party president, if he listens to you, to ask his elder brother Imran Khan to stop trying to disturb our border state of Punjab!" he told Channi.

Sidhu, a former international cricketer, had last month called Pakistan prime minister Imran Khan, a cricket world cup winning captain, his 'bada bhai' (elder brother) during a trip to Kartarpur Sahib gurdwara across the border. His remarks drew condemnation from the BJP and the SAD.

Singh had resigned as chief minister of Punjab in September after a bitter power tussle with Sidhu. He later formed his own party and has now joined hands with the BJP to fight the 2022 Punjab assembly polls.