Amarinder Singh A Fatherly Figure, Will Sort Out Issues Myself : Sidhu

The controversy erupted when Sidhu in Hyderabad called Congress President Raul Gandhi his "captain" and Amarinder an "Army Captain". 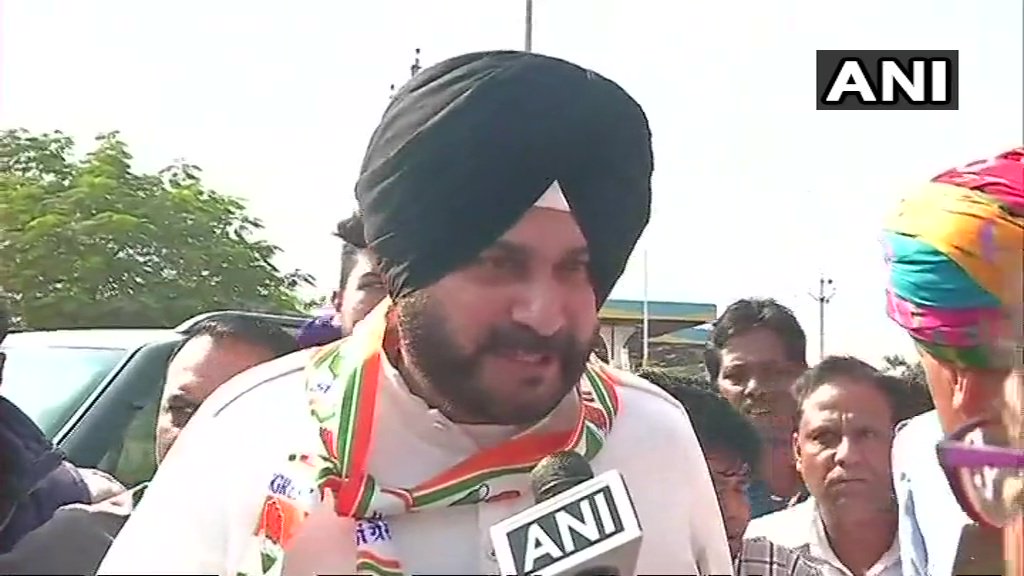 Navjot Singh Sidhu on Monday said that Captain Amarinder Singh a "fatherly figure" and “will sort it out myself.”

This came days after Sidhu described Congress President Rahul Gandhi was his "captain" and not the Punjab Chief Minister.

"You don't wash dirty linen in public. He (Amarinder Singh) is a fatherly figure. I love him. I respect him. I will sort it out myself," Sidhu told reporters when asked if he will apologize to Amarinder Singh.

Navjot Singh Sidhu in Jhalawar, Rajasthan: You don't want wash dirty linen in public. He (Capt Amarinder Singh) is a fatherly figure, I love him, I respect him, I will sort it out myself. pic.twitter.com/u5PNLs1E20

In Lahore, Sidhu Says Kartarpur Corridor Will Erase 'Enmity' Between India and Pakistan

The controversy erupted when Sidhu in Hyderabad called Congress President Raul Gandhi his "captain" and Amarinder an "Army Captain". His remarks came a day after he returned from Pakistan after attending the ground breaking ceremony of the Kartarpur corridor.

After Sidhu's remarks, many Punjab Ministers sought his dismissal from the Punjab government and asked him to apologise to the Chief Minister.