The apex court has, however, imposed conditions on his UK visit, by asking him to furnish an undertaking that he will return as directed. 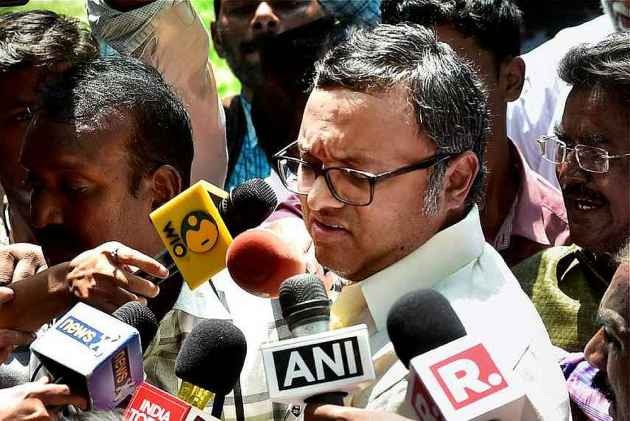 The Supreme Court on Monday allowed Karti Chidambaram amit corruption investigations to visit UK from December 1-10 for his daughter's admission at a university there, reported PTI.

A bench comprising Chief Justice Dipak Misra and Justices A M Khanwilkar and D Y Chandrachud asked Karti Chidambaram to file an undertaking before it within three days, giving assurance that he will abide by the timeline and return to India on the expiry of the period.

Additional Solicitor General Tushar Mehta, appearing for the CBI, submitted a note to the court in response to its query on the probe agency's stand on Karti Chidambaram's plea seeking to go abroad.

The bench, however, made it clear that its order, permitting Karti Chidambaram to go abroad, will not be cited before any court of law as precedent.

The apex court had on November 9 asked the CBI to apprise it of its stand on allowing the request of Karti to go abroad for a few days.

The CBI FIR, lodged on May 15, had alleged irregularities in the Foreign Investment Promotion Board (FIPB) clearance to INX Media for receiving overseas funds to the tune of Rs 305 crore in 2007 when Karti Chidambaram's father was the Union Finance Minister.

The CBI had on September 1 told the top court that there were "good, cogent" reasons for issuing the LOC.

Earlier, the apex court had said that Karti would not be allowed to leave India without subjecting himself to investigation in the case. The court had then stayed the high court order putting on hold the LOC against Karti.