Speaking on death of Chief of Defence Staff General Bipin Rawat in a helicopter crash, Patil said the tragic episode raises questions on the entire system and the Union government should take responsibility if there were any shortcomings in it. 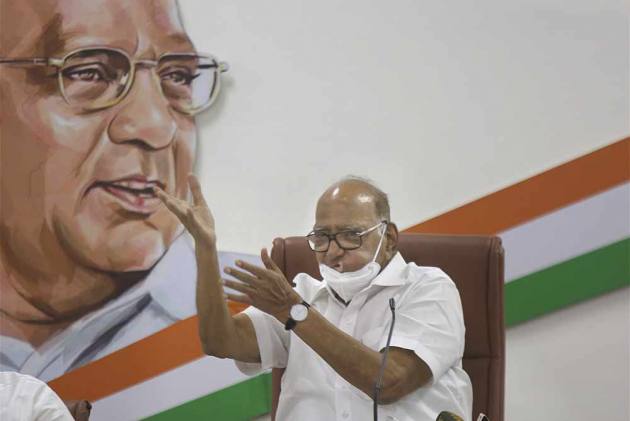 The NCP will celebrate supremo Sharad Pawar's birthday in the presence of a select few and he will accept greetings through a virtual rally this year given the COVID-19 situation amid the Omicron scare, Maharashtra minister and party colleague Jayant Patil said on Friday.

Pawar will turn 81 on December 12 and the party has organised an event in Nehru Centre in Worli here to mark the day. Addressing reporters here, Maharashtra NCP chief Patil said party workers as well common citizens should not turn up to greet Pawar at the centre in view of Omicron variant scare.

“Given the COVID-19 situation, (Pawar) saheb will accept people's greetings through a virtual rally this year. The rally will be streamed on the party's official Facebook page and YouTube channel. An app will also be launched that day to strengthen the coordination between the party organisation and its workers," he said.

Speaking on death of Chief of Defence Staff General Bipin Rawat in a helicopter crash, Patil said the tragic episode raises questions on the entire system and the Union government should take responsibility if there were any shortcomings in it. He, however, added that it would “irresponsible” to suggest the possibility of sabotage in the incident even before it is probed thoroughly. Patil added that the facts of the crash will be revealed after the recovery of the helicopter's black box.

General Rawat, his wife, and 11 other defence personnel were killed when a Mi-17V5 helicopter carrying them crashed near Coonoor in Tamil Nadu on Wednesday. “It is a very serious incident. The country's chief of defence died like this. This means questions have arisen over our entire system. We talk big things. But if we are not able to protect our Chief of (Defence) Staff, he was the most important personality in the Indian forces," he said.

“If there were lapses in his (Rawat's) case too, then it means there are shortcomings in the system. And the Central government should take responsibility for the same,” Patil said, adding that the accident is also “evidence of how the defence ministry works”. Speaking on other issues, Patil claimed he was unaware of the details of cabinet and party colleague Jitendra Awhad's reported remark that NCP chief Sharad Pawar had said the MVA would return to power in the state in 2024 and Uddhav Thackeray would once again be chief minister.

"Thackeray is doing a very good job and the MVA is supporting him. (But) no such internal discussion took place before me (as reportedly claimed by Awhad). I don't know if Awhad had discussed any such thing with saheb (Pawar)…. I have read what Awhad has said,” Patil told reporters when queried on the issue.