The accident took place at Joda Fatak crossing where Dusshera celebrations were underway. 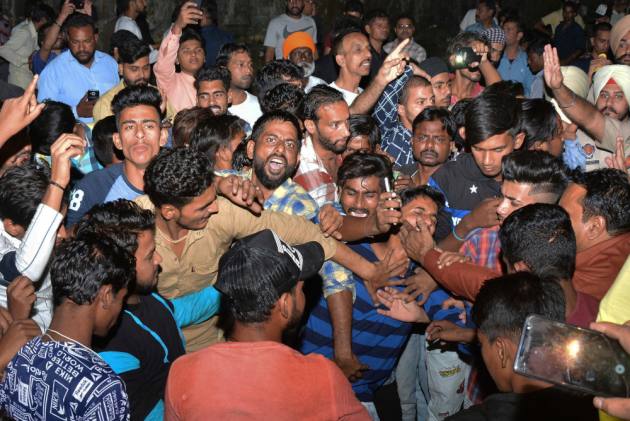 Dussehra celebration turned tragic for many families in Amritsar after a speeding train mowed down at least 61 people and leaving over 50 injured near Amritsar on Friday.

Chilling details have emerged with eyewitnesses recounting the horror in the aftermath of the tragic accident. The diesel multiple unit (DMU) train was coming from Hoshiarpur to Amritsar via Jalandhar.

But scores of people, who were watching the Dussehra celebrations near Joda Phatak level crossing, were unaware of the incoming train with the firecrackers in the Ravana effigy leaving a crescendo on Friday evening.

The accident took place at Joda Fatak crossing where Dusshera celebrations were underway at around 6:30 PM local time. The crowd had spilt on to the rail line while watching the burning of Ravana effigy and the train run over a number of them.

After the tragic accident, the Punjab government has declared one-day state mourning. All offices and educational institutions will remain closed on Saturday.

The revellers were perhaps distracted by the noise of firecrackers as the Nakodar Jalandhar DMU No. 74943, a local passenger train, came speeding in.

The crowd were shooting videos of the event when the first train hit them. As another train arrived from the opposite direction at the same time, people on the track had little opportunity to escape. The accident set off a stampede.

#Amritsar: Dalbir Singh (pic 1), who played the role of Ravan in a Ramlila in the city during Dussehra celebrations, died in #AmritsarTrainAccident, yesterday. His mother (pic 3) says, "I appeal to the govt to provide a job to my daughter-in law. She also has a 8-month old baby." pic.twitter.com/MFDHVhwf4G

One of the witnesses told HT, “We didn’t hear the train coming. It had become dark and everyone was watching the effigy in flames when the train suddenly appeared."

“Families have been wiped out,” he added.

The state government announced a payment of Rs 5 lakh to the next of kin of those who were killed, while Priwhileister Narendra Modi approved ex-gratia payment of Rs 2 lakh for the family of the dead and Rs 50,000 for the injured.

Meanwhile, according to reports, driver of the DMU train had been detained at the Ludhiana railway station, and he was being questioned regarding the incident. Quoting sources, TOI said that the driver claimed that he was given the green signal and all clear and had no idea about hundreds of people were on the tracks.