AMU Not Minority Institution, Should Have Quotas: SC/ST Panel

"The AMU is like any other central university set up under a central Act and runs on its funds. It has to give due reservation." 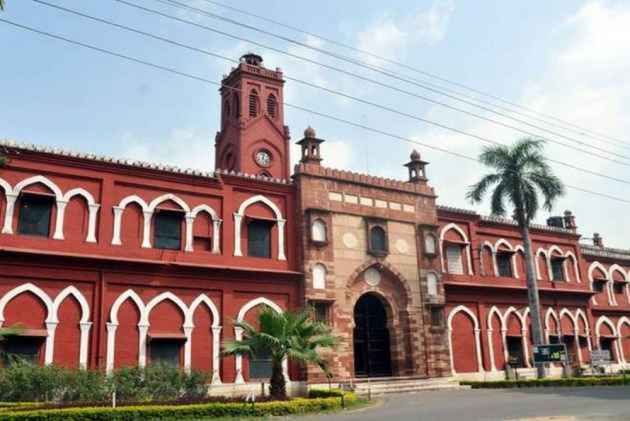 Maintaining that Aligarh Muslim University (AMU) is not a "minority institution", UP Scheduled Caste/Scheduled Tribe Commission today asked the university to explain as to why it does not give reservation in admission to the SC/ST community.

The Commission sought the explanation, issuing a notice to the AMU and seeking its reply by August 8.

"The AMU is not a minority institution. I have issued notice to it for not giving reservation to the SC/ST. In the notice sent to the AMU Registrar, he was asked to reply to it by Aug 8," Chairman UP SC/ST commission Brijlal told reporters here.

"We have asked why SC/ST communities have not been given benefits of reservation and in what circumstances it has been done so. The Supreme Court has not yet passed any order in which AMU was prevented to provide reservation benefits. In light of the HC and the SC directives, it has been established that the AMU is not a minority institution," he said.

"The AMU is like any other central university set up under a central Act and runs on its funds. It has to give due reservation," he said.

Asked what the Commission would do if the AMU did not give its reply within stipulated time, Brijlal said, "The Commission will use its power and issue summons to them."

He said in 1989, the University court had passed a resolution to provide 50 per cent reservation to Muslims in admission and sent the same to the President, who is also the Visitor of the university.

In its six-page notice, the Commission expressed its displeasure over not providing benefits of reservation to the SC/ST students.

The National Commission for Scheduled Castes (NCSC) Chairperson Ramshankar Katheria too had yesterday directed the AMU to clarify its stand on reservations for scheduled caste community, failing which it may lose central funding.

Katheria said the Commission had written to the varsity asking why it was not fulfilling its constitutional obligations by providing reservations to the weaker sections.

"If the varsity authorities fail to provide the Commission a suitable answer to the written query asking it to prove that AMU is a minority institution, within a month of receiving the commission's missive, the NCSC would direct the UGC to stop all funding of AMU for not fulfilling its constitutional obligations," Katheria had told reporters in Aligarh.

Katheria, a former minister of state in the Union HRD ministry, said the NCSC had decided to become a party in the ongoing case in the Supreme Court where the AMU has claimed to be a minority institution.

While the UPA government had supported the claims of the AMU in the SC regarding its status as a minority institution, the present Modi-led government has reversed its stand and has submitted an affidavit rejecting the AMUs claim.

A controversy erupted last week after Uttar Pradesh Chief Minister Yogi Adityanath said the AMU, Aligarh and the Jamia Millia Islamia, New Delhi would "have to grant" quotas to the SCs and STs.

The controversy was further accentuated when BJP MP from Aligarh Satish Gautam raised the on July 2 in a letter to the AMU Vice Chancellor.

AMU VC, Prof Tariq Mansoor had yesterday told PTI, "We are governed by the Constitution and its Article 30 which permits religious and linguistic minorities to establish and administer their own educational institutions."

"Till then, our hands are completely tied and once we receive the Commissions directives, we will convey this to them," he had said.