Around 1,200 Kashmiri students studying in AMU threatened to leave their studies midway if sedition charges filed against some of the students were not withdrawn. 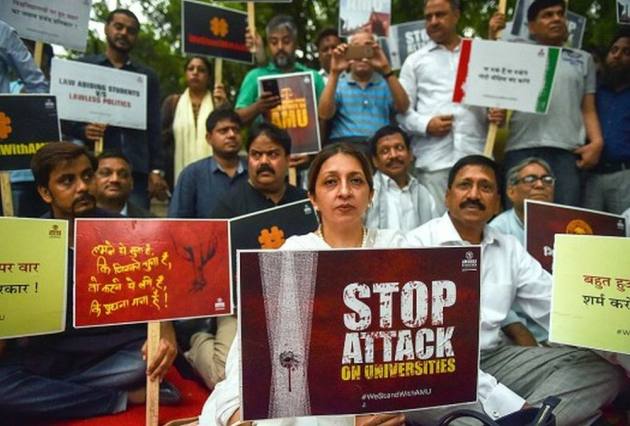 He urged both Javadekar and Professor Mansoor to ensure that Kashmiri students are allowed to continue their studies in a safe, secure and well-disposed academic environment.

Around 1,200 Kashmiri students studying in AMU threatened to leave their studies midway if sedition charges filed against some of the students were not withdrawn.

Recently, a group of students were suspended for allegedly raising anti-India slogans in the university. Two Kashmiri students were also stated to have been part of the slogan shouting brigade.

According to reports, the students apparently also mourned the killing of Hizbul Mujahideen's top commander Manan Waniand and Ashiq Hussain Zargar who were killed by security forces in an encounter.

On Monday, former chief minister of Jammu and Kashmir Mehbooba Mufti urged the Centre to withdraw cases against the Kashmiri students.