Born in an ordinary family of Bhinder Kalan village in Moga district, Punjab, on November 5, 1930, Mittal vividly recalls his passion, which led him to make necessary agricultural equipments available to thousands of farmers. 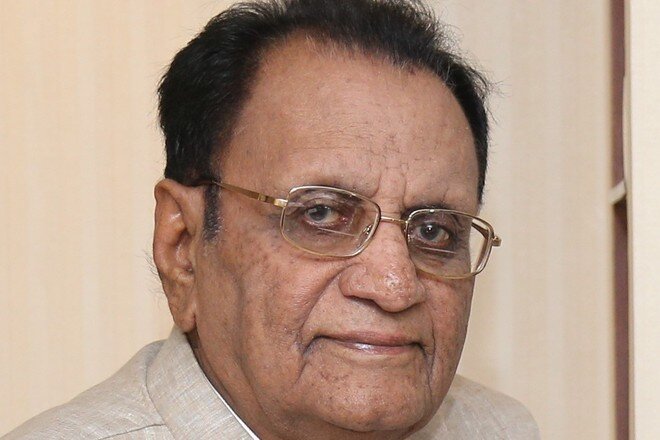 Adding ease and value to people’s lives and espousing the cause of social wellbeing, here comes an inspiring tale of grit and determination featuring industrialist, social worker and philanthropist L.D. Mittal, chairman of Sonalika Group based in Hoshiarpur, a small town in Punjab. The 90-year-old ‘Tractor Tycoon’, who retired in 1990 from Life Insurance Corporation (LIC) of India at a salary of a mere Rs 5,800 per month, is the 71st wealthiest Indian with a net worth of $2.92 billion in the Forbes-2021 list. He has been named among the richest 100 for the 10th year in a row since 2012.

For Mittal, however, peace of mind and service to society take precedence over wealth and fame. “All credit goes to society and I revert it all back for welfare,” he tells Outlook.

Born in an ordinary family of Bhinder Kalan village in Punjab’s Moga district on November 5, 1930, Mittal vividly recalls his passion, which led him to make necessary agricultural equipment available to thousands of farmers. “This happened in 1945 when I was just 15 years old,” Mittal recalls. “I thought there should be a machine that separates wheat grain from chaff in just a few days. The traditional method of making bullocks walk on the chaff to separate the grain was cumbersome. If there were rains or storms in between, the entire crop would be destroyed and farmers would be left with practically nothing after so much toil. I often saw my father crying alongside other farmers when their crops were destroyed after the harvest due to rain or thunderstorm.”

He mentions there was a severe lack of industrial pursuits in Hoshiarpur, which was one of the most backward districts of Punjab. No one was ready to risk investing anywhere except industrial hubs of Ludhiana, Jalandhar and Amritsar. Mittal decided to go against the trend and today Hoshiarpur has emerged as a manufacturing hub for tractors and other agricultural equipment.

However, the journey has been one of trials and tribulations that Mittal surmounted with his will power and humane approach. There was no skilled manpower available in Hoshiarpur for want of engineering colleges or ITIs in the area. Mittal knew that choosing this district for setting up an industrial unit would be a tough proposition, but he was determined to go ahead against all odds as it was his dream to transform the lives of locals sustainably by creating employment opportunities and boosting socio-economic development in the region.

His pursuit of global excellence and resilience by embracing mottos like ‘Vocal for Local’ and ‘Local to Global’, leveraging everything from research and development (R&D) to foreign direct investment (FDI), has shown a new path of self-reliance through worldwide expansion. Farm implements are all aligned to the quality of soil and needs of farmers for a particular crop. NITI Aayog has also made Mittal’s company Sonalika its collaborator so that the objective of reducing the cost of production and doubling the income of farmers through mechanisation can be achieved.

Sharing his success trail, Mittal says, “The journey began in a small shed with an investment of mere Rs 5,000. Today the company has expanded its capacity to three lakh tractors annually, the world’s largest integrated plant under a single roof in Hoshiarpur, assembly units in five countries, and export to 130 countries.”